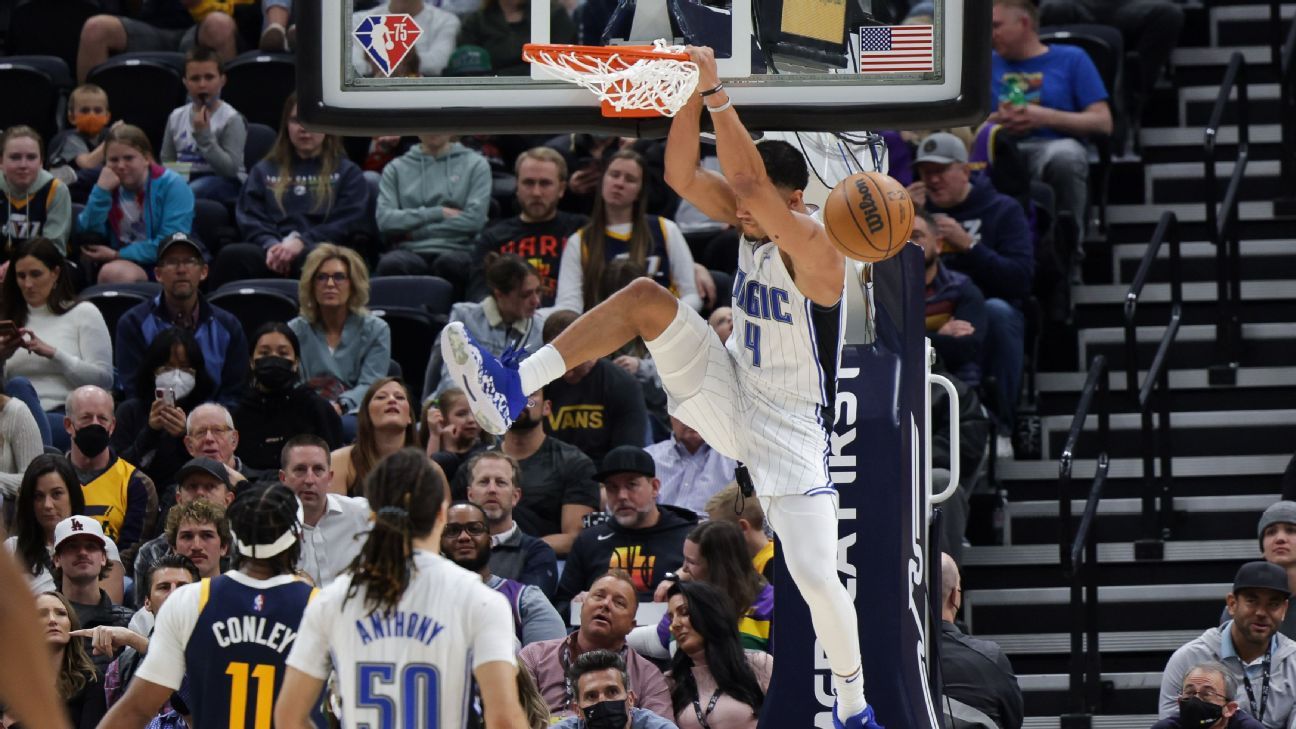 The goal of this weekly series is to identify players in every position available in free agency in at least one-third of ESPN leagues. Some appointments are specialists who can help in one or two categories, while others offer more diverse and significant statistical offerings. In the breakdowns below, I’ve ranked the players at each position with acquisition priority in mind, rather than roster percentage in ESPN leagues.

Anfernee Simons, Portland Trail Blazers (listed 55.1% in ESPN leagues): The most valuable fantasy option available in free agency in at least 40% of the leagues at the moment, Simons continues to compile tons of points, assists and 3-pointers for Portland. Make room for this rising playmaker in any format.

Josh Giddey, Oklahoma City Thunder (65.8%): Fresh off a triple-double in Chicago over the weekend and with at least 11 points scored in eight of the last nine games, Giddey has emerged as a bankable fantasy option. This is quite a rare result for a rookie guard, especially a teenager.

Jalen Suggs, Orlando Magic (64.5%): While Giddey has flirted with fantasy relevance for much of the season, Suggs has only just turned the corner. The Gonzaga product recently produced his first double-double in a tough game with Phoenix and is a name to watch coming out of the All-Star break.

Luguentz Dort, Oklahoma City (33.1%): Boasting a rich 29% usage rate over his last six games, Dort has emerged as one of the top perimeter scorers with Shai Gilgeous-Alexander on the sidelines. With just enough defensive production to help those in the roto and category leagues, Dort is worth registering until the team reclaims its top scorer.

Donte DiVincenzo, Sacramento Kings (35.4%): The Kings tried last summer to acquire this Villanova product from the Bucks, and finally landed their guy last week. It’s unclear if DiVincenzo will see enough work to help the fantasy teams, but there are plenty of hits and touches left vacant by the move of Buddy Hield and Tyrese Haliburton last week.

Josh Hart, Portland Trail Blazers (45.7%): Due to big minutes on a depleted Portland rotation, Hart is one of the best rebounding guards in the league. It’s also likely that Hart is handling the ball a bit for the Trail Blazers, suggesting there are passes to chase as well.

Bogdan Bogdanovic knocks down the 3-pointer and has a few words with the crowd while coming back on defense.

Marvin Bagley III, Detroit Pistons (39.9%): A speculative Bagley addition could pay off for fantasy managers. The Pistons had been watching the former No. 2 overall pick for some time, according to reports, and could offer him a real lead to produce. He’ll probably have to compete for minutes at center with the guy below at times, but there’s enough skill diversity between them to support value for both Bagley and Stewart.

Thaddeus Young, Toronto Raptors (41.9%): Another valid hypothesis could be that Young becomes an important part of Toronto’s rotation. Young may not play a large enough role to appear as a positive fantasy contributor, but he has a real advantage given strong defensive and passing rates for a three-position eligible player.

Isaiah Stewart, Detroit Pistons (61.8%): With the team that has been giving Stewart heavy minutes lately, he’s seventh in the league in rebound chance per game over the last 10 games. Those excellent opportunity rates have led Stewart to shoot 10.6 rebounds per game during this recent sample. With the center proving the show is shallow and Stewart sees enough ground to sustain relevance, he became one of the best additions to the position this week.

Hassan Whiteside, Utah Jazz (37.9%): Rudy Gobert will not play on Monday and it is possible that we will not see him again until after the break. Whiteside is only worth signing up and playing when Gobert is sidelined, as he becomes a unique source of volume rebound to go along with an elite block rate in such scenarios.