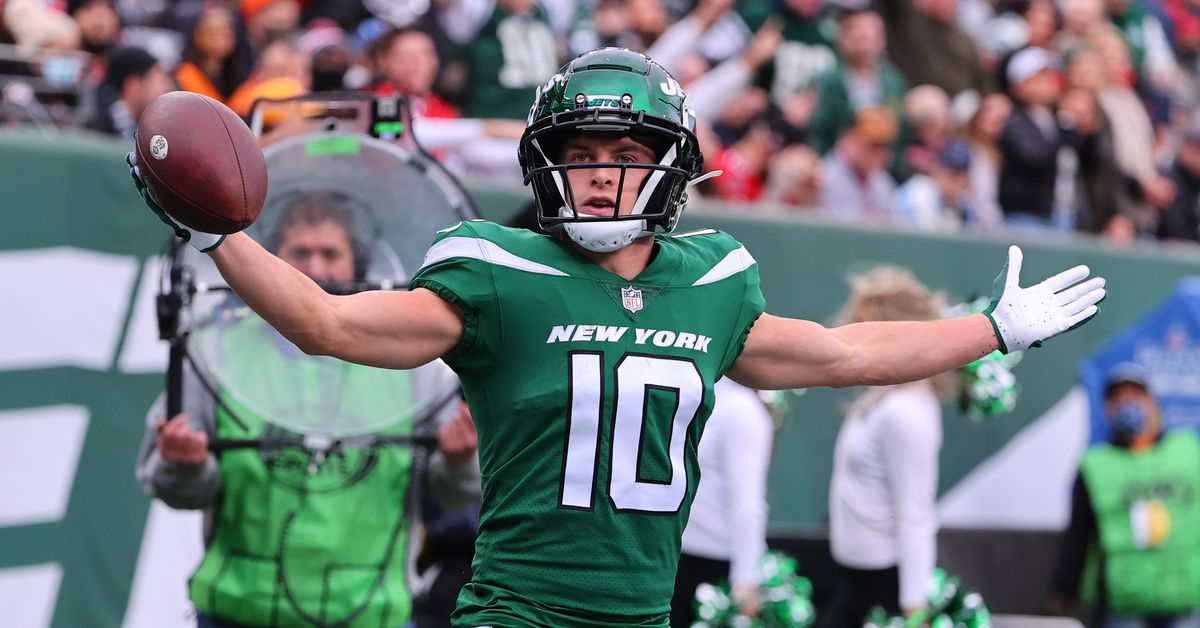 Championship weekend is over for most managers, but there are still leagues that play throughout the regular season. This means that a handful of managers are in championship mode for week 18 and that carries over to the waiver thread. For people whose fantastic seasons are over, these players also represent great value options in the DFS rosters for Week 18. Here are the best waiver pickups for the final week of the regular season.

Berrios benefits from an expanded role in New York. The Jets wide receiver had two total touchdowns in a loss to the Buccaneers and can be a valuable player in a pinch. Berrios is expected to continue to see an increased role as the Jets grapple with injury issues in the position group.

With Antonio Gibson battling COVID-19, Patterson had a big day in Week 17. If Gibson is unable to resume training or retire from the COVID list, Patterson would be in the running for another start in week 18. It’s a fluid situation, but might be worth it for a manager in need.

It doesn’t look like Jimmy Garoppolo is ready for Week 18, so Lance would have to make another start. He didn’t really light the scoreboard against the Texans and has a tough game against the Rams next week. However, the 49ers need a win to land a playoff berth and you can bet Lance will be good to go if he gets the green light.

Davis had a quiet winter day in Buffalo as the Bills decided to stay on the ground more. The receiver also saw reduced targets with Cole Beasley returning. Look for Davis to have a bigger role in Week 18 when the Bills play against the Jets, especially if Stefon Diggs takes a break with a playoff spot locked in.

With the playoff spot already in hand, the Titans may be looking to give D’Onta Foreman some breathing space. Derrick Henry might not be back in Week 18, so Hilliard could see an increased role if the Titans choose to rest some key players. The running back is going to get some touches even if Foreman is playing.

The Raiders desperately needed someone to step into the fray as a receiving option with Darren Waller. Enter Jones, who scored 120 yards in a Week 17 win over the Colts. Jones has had at least eight targets in each of the last three games, so he’ll be involved when the Raiders aim for a playoff berth in Week 18 against the Chargers. Like Berrios, Jones is another valuable option in the DFS ranges.