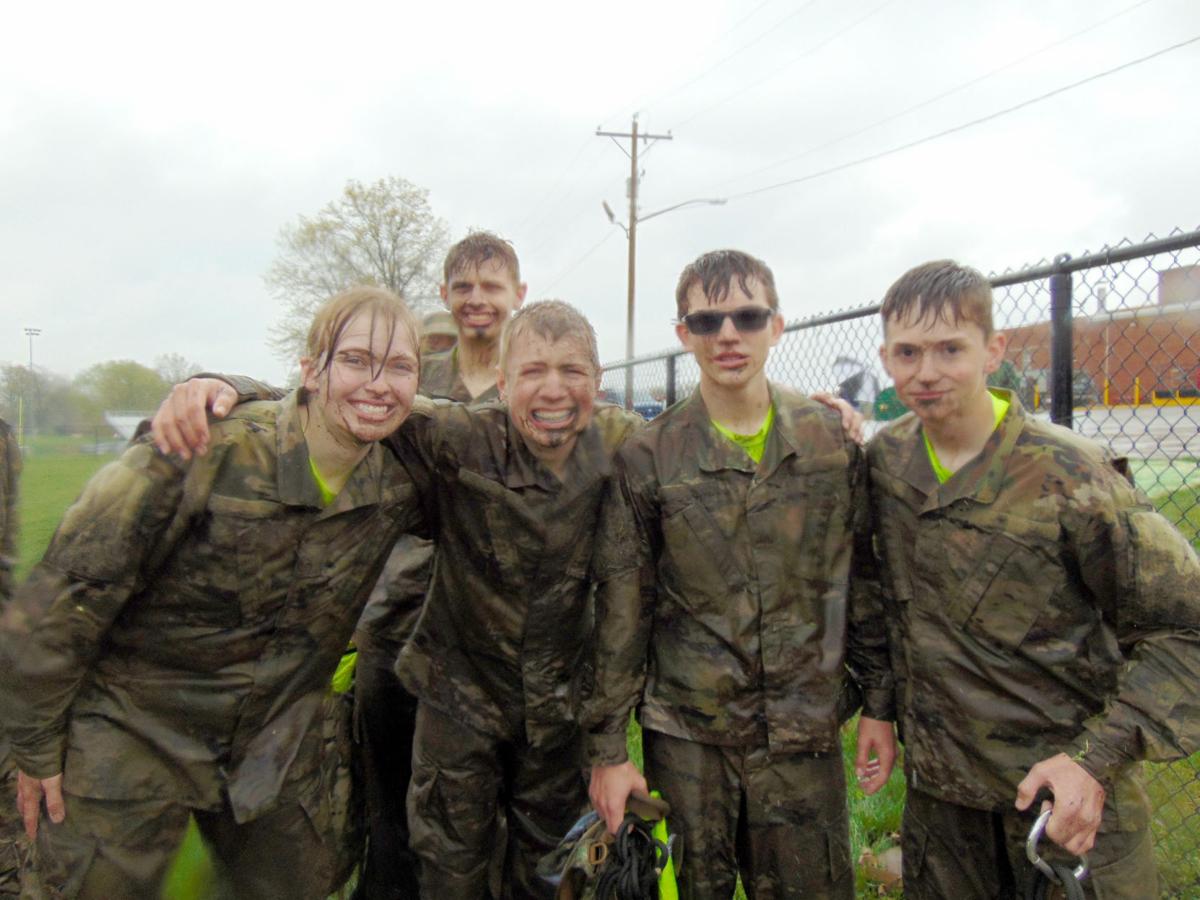 Members of Team Raider, left to right, in front of Sierra Moyers, Krystian Dennison, Eli England, Dawson Cook; and back, Jacob Yount gets a little muddy or wet during the competition.

Even with the constant rain and cold, the team placed third in ACFT and PTT, second in 5K, Guantlet and Dirty Name, first in the Equalizer and sixth in 1 Rope Bridge. Their exceptional performance earned them second place overall out of nine teams.

The non-competing members present were: Kelsey Reese and Toniah Magill.

Only Frist Place trophies were awarded for each event, and from first to third place overall.

Get local news delivered to your inbox!