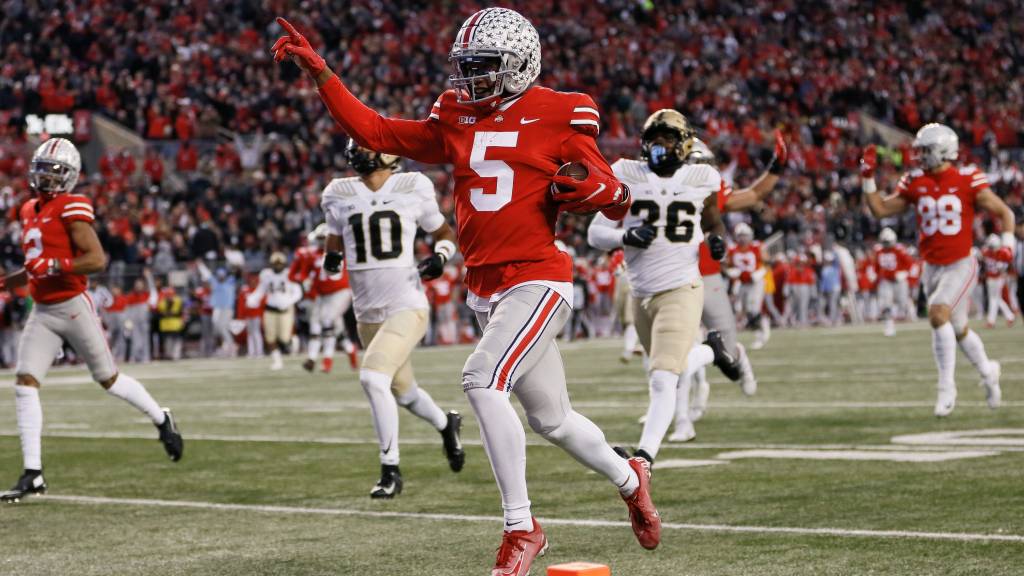 Heading into the NFL Scouting Combine this week, it looks like the Raiders will use the No. 22 pick on one of three positions; wide receiver, offensive tackle, defensive tackle. While you can make a strong case for any of these three positions, finding an outside receiver might be the team’s most pressing issue.

So which receiver would make a lot of sense for the Raiders in the first round? Which one can win away and help draw attention away from Darren Waller and Hunter Renfrow?

In a recent draft of Doug Farrar from the Touchdown Wirehe recently mocked Ohio State wide receiver Garrett Wilson to the Raiders at the No. 22 pick. Here’s what he had to say about the potential adjustment in Las Vegas:

“What the Raiders don’t have at this point is a receiver that can win one-on-one matchups and beat people deep. There’s tight end Darren Waller (who can do both) and possession wide receiver Hunter Renfrow (who will become McDaniels’ next Julian Walker), but the addition of Wilson would put this offense on the top.

Wilson needs a little work with his road specificity, but he’s a day one weapon both with the deep ball and after the reception. He would do a lot to perfect a passing game that is almost there.

Chances are Wilson won’t be available when the Raiders pick, as he could be the best receiver in the class. During the 2021 season, he had 1,134 yards and scored 13 touchdowns in just 11 games. He’s one of the most dynamic receivers after the catch and his athleticism is off the charts.

However, being one of the most savage classes in recent history, it wouldn’t be a total shock if he went down to pick No. 22. And if so, the Raiders would be wise to pull it out. He would make a lot of sense with Carr and make the whole offense even more explosive.