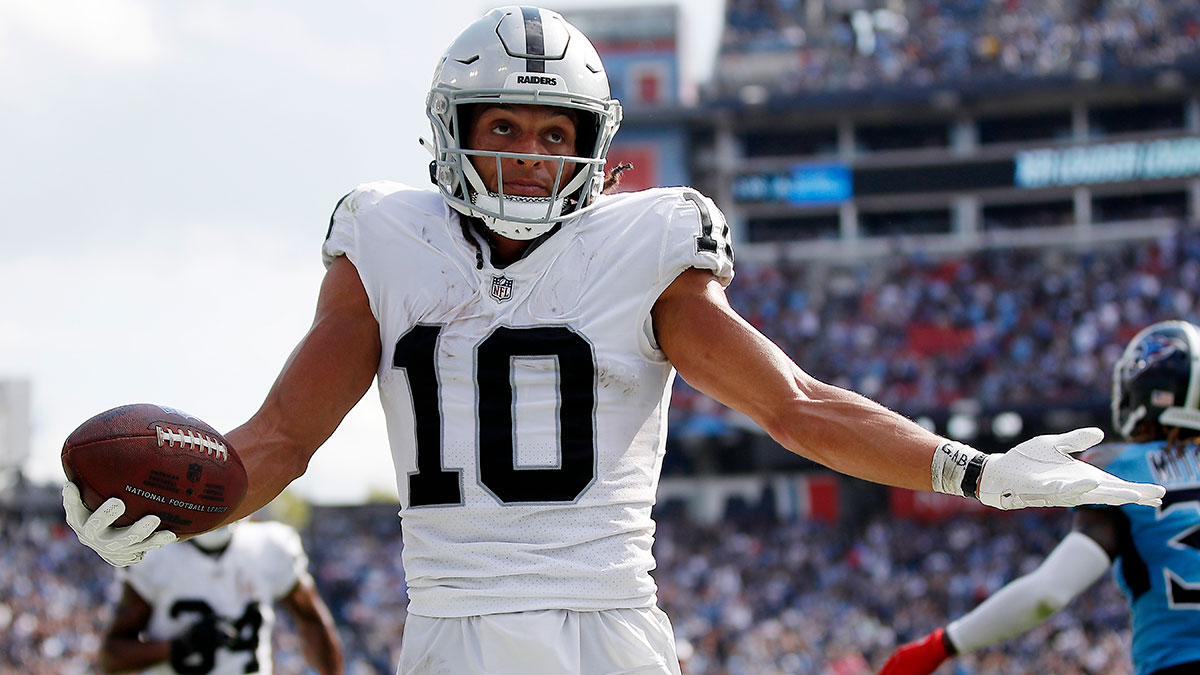 We’re only three weeks into the NFL season, but Raiders wide receiver Mack Hollins has already set a career high for receiving yards (240). The veteran hit that total after going crazy against the Titans, totaling 158 yards on a 10-reception effort, as well as a touchdown.

What does this mean for fantasy owners? Is Hollins here to stay, or was this effort just a flash in the pan?

Our experts rate below whether you should go all out on the waiver wire this week to enroll Hollins.

Sean Koerner: Mack Hollins should stay on the waiver wire. He’s going to be a weekly boom-bust player given he sees massive game time (93% route completion rate on the season), but will generally be Derek Carr’s No. 4 target most games. weeks.

Hollins enjoyed Week 3 with the absence of Hunter Renfrow, but will be untrustworthy when Davante Adams, Hunter Renfrow and Darren Waller are all active.

It will deliver a high WR4/5 value in the event that one of those three times misses. Not worth it in my opinion.

Samantha Previte: Hollins has been a sneaky start in each of the past two weeks.

It’s worth noting that Hunter Renfrow missed Week 3 with a concussion, though Hollins looks like a solid addition regardless – especially if the winless Raiders are going to play from behind frequently.

Chris Raybon: If you have Hollins on your roster, he’s a hot-selling candidate. Otherwise, it is no better than a WR5.

While Hollins played more than 90% of passing plays, he saw a target on just 14% of his routes. He enjoyed a perfect storm in Week 3, with Davante Adams and Darren Waller having draws and Hunter Renfrow (concussion) sidelined.

How would you rate this article?