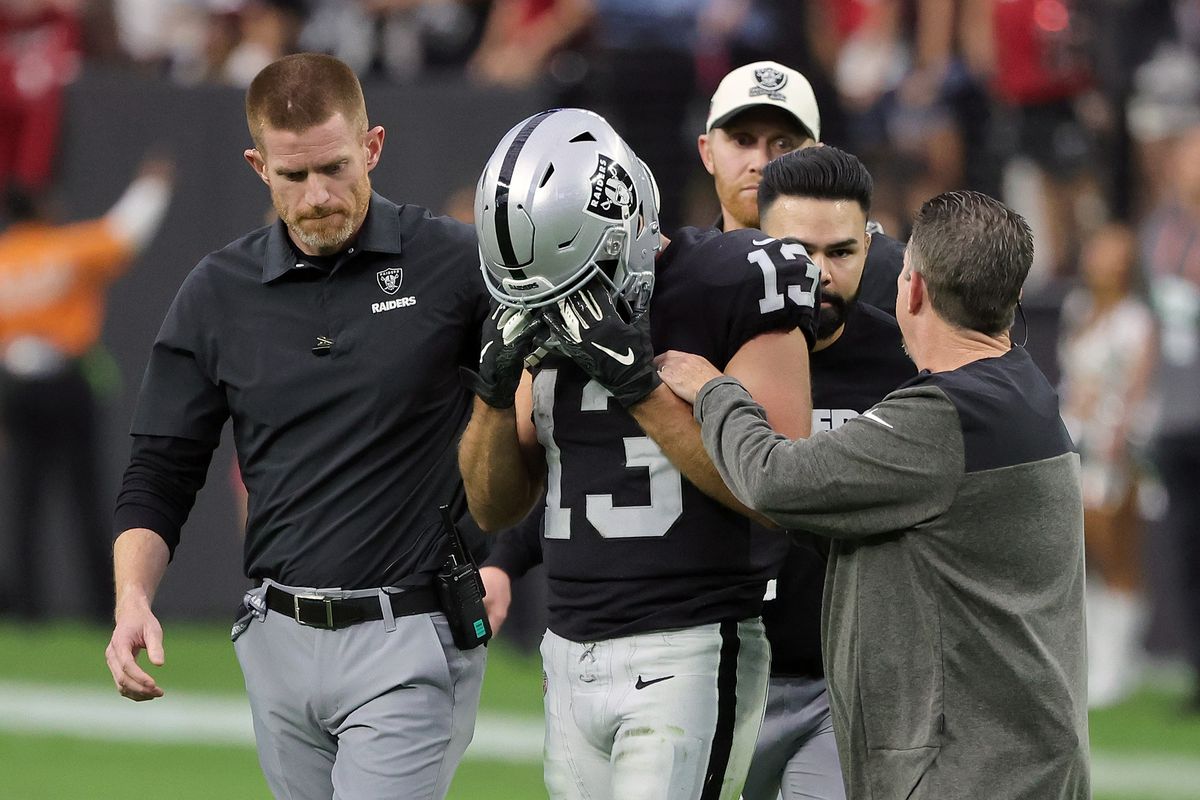 The Las Vegas Raiders find themselves in midweek preparations for the Denver Broncos, who arrive in town this Sunday. One of the lingering issues with silver and black has been the injury bug. So far, it’s a mixed bag when it comes to who’s healthy, and one key contributor still isn’t practicing.

As most Raiders fans remember, advertised slot receiver Hunter Renfrow was on the wrong side of Isaiah Simmons’ blow that left him concussed. A hit that also resulted in the recovery and the winning fumble score. Since then, the number 13 has not trained. According to The Athletic’s Tashan Reed, Renfrow did not train today, adding to speculation he could be out for an extended period. Sure, it’s mostly cooler talk, but Renfrow’s ball-safety issues compounded by the disastrous hit have highlighted concerns about the Pro Bowler. Either way, the passing offense buzzed Sunday against the Tennessee Titans as Mack Hollins got some extra looks, which he paid for in kind with a monster outing. For now, we will continue to monitor Renfrow’s health.

Reed shared some positive news regarding the Raiders’ offense. Andre James continues to train with the team despite missing the last two contests. As some may recall, James was training in a non-contact red shirt last week, so judging by today’s events, he could be one step closer to his long-awaited comeback. But what about defense? According to Reed, there have been some positive developments in this regard.

#Raiders C Andre James appears to be continuing to train. He missed the last two games with a concussion and trained in a non-contact red jersey last week, but is training in a normal jersey today.

Raider Nation can take solace in the fact that cornerback Rock Ya-Sin is training again. He injured his knee Sunday against the Titans. Needless to say, had his illness been more severe, the cornerback squad would have been severely depleted. Speaking of cornerback, Nate Hobbs didn’t practice today due to a concussion. It will definitely be something everyone will be watching as the weekend approaches. On a final positive note, linebacker Denzel Perryman was back in practice for the first time since his absence after Week 1.