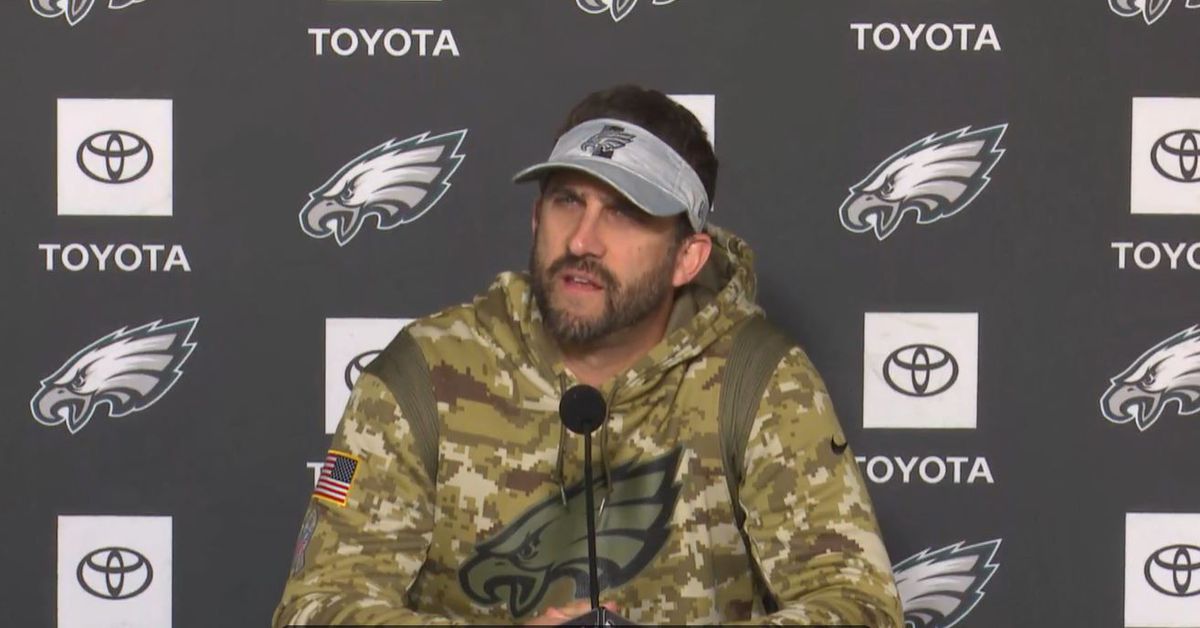 Eagles head coach Nick Sirianni spoke to reporters on Wednesday and spoke a little about their preparations this week for the Giants, especially with someone new who plays for New York. He also gave an overview of their recent success on the third down, why they are using a committee return approach and also provided an update on injuries.

Here’s what the head coach had to say:

On the preparation of the Giants

Sirianni has said they will have to look at different things now that the Giants have fired CO Jason Garrett. The head coach mentioned that he has to watch some of the tape when Freddie Kitchens calls plays in Cleveland, but in the end, they’ll just have to be prepared for some unspotted stares and make sure the players of the Eagles are disciplined in their role.

The team had Monday and Tuesday off, and had a weird week with Thanksgiving Thursday and other distractions, so Sirianni simply pointed out that the intensity needs to be there in meetings and visits. He explained that they were going to have extra lunch meetings on Wednesday and extra meetings on Wednesday evenings since they were leaving early Thursday so everyone could spend time with their family.

On their recent 3rd success

Sirianni explained that they add an extra element to the defense of having a quarterback who can scramble and get out of trouble.

â€œIt’s a big advantage to have. I think if you look at the teams that are raised to third, I think, or in the past, they’ve had that ability – quarterbacks have that ability to create with their legs. So that’s a huge advantage, and obviously to keep the strings moving – when the strings move and you convert the third downs, that’s more opportunities for more plays, which means more points, which which means more race attempts, which means more opportunities for the guys on the pitch to get hits. It’s obviously a huge part of our preparation, which is the case for everyone in the NFL is this situational football. This third down and redzone.

Since Sirianni’s comments after the Raiders game about the defense’s need to be more aggressive, the unit has been significantly better. The head coach said it wasn’t all due to the changes made after this game as every game will get better but they are also starting to find a rhythm with the things they do well and adjust to things. that work. for them.

On the RB run and spin game

The head coach stressed that players don’t make the same mistake twice, but Miles Sanders did it on Sunday when he crossed the bounds – which happened twice against Carolina. Sirianni said they took Sanders out of the game to remind him to stay in bounds and that he had been on the pitch for the next postponement, instead of talking to him on the sidelines he would have had 100 yards that day- the.

They recently used a committee feedback approach, but Sirianni said they were always willing to lend a helping hand, but so far the committee approach has worked.

Sirianni was also asked about his message to Kenny Gainwell, who has played a more limited role for the past two weeks. The head coach said he was encouraging Gainwell to stay ready and they still had high hopes for him and still held him in high regard. He’s still someone they have a niche role for, especially with his capture ability, they just haven’t used him that much in recent weeks.