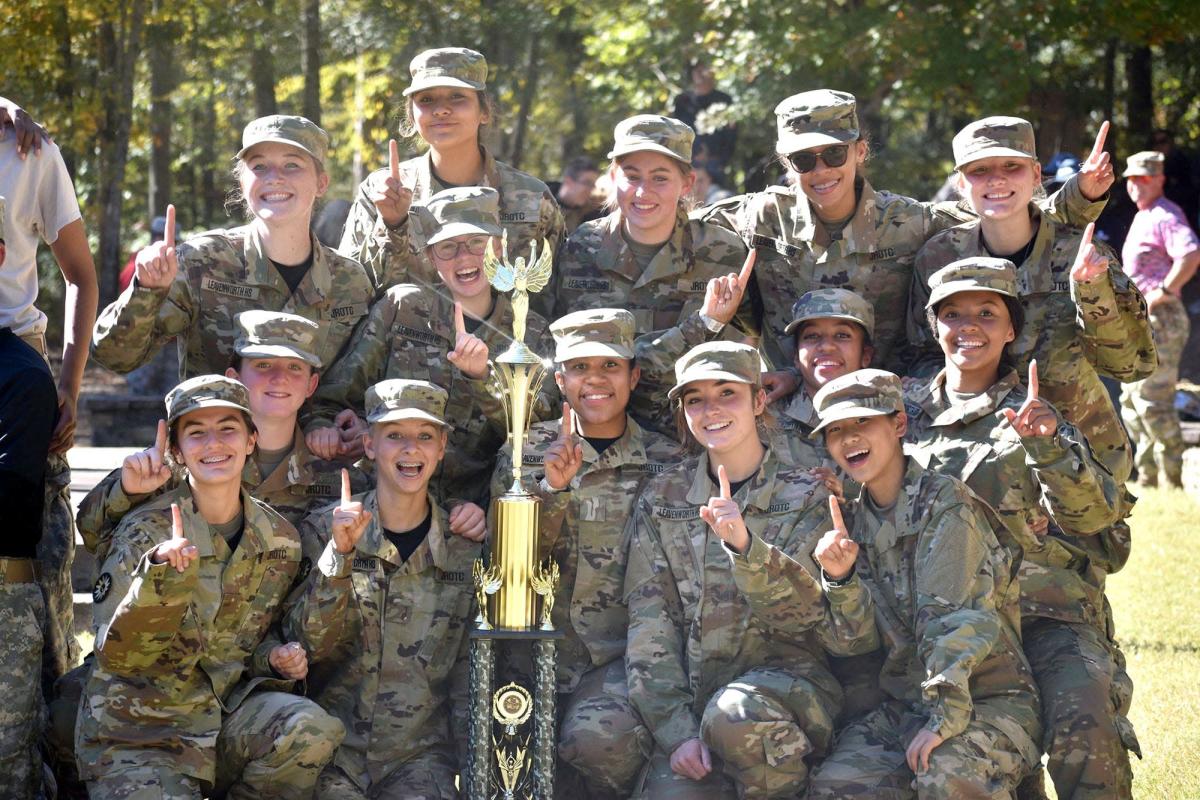 The Junior ROTC program at Leavenworth High School has another national championship.

Last weekend, members of a women’s team claimed first place in their division at the U.S. Army National Raid Championships in Molena, Ga.

A group of 62 students from the Leavenworth High School Raider program departed for the national competition on November 4. They were accompanied by their coaches and their parents.

“We took the biggest group in the whole country,” said the retired 1st Sgt. Wayne Cogdill, who is one of the Raider coaches.

He said three charter buses paid for by the military were used to transport the group to the event. The group returned on Monday.

Cadet Captain Jesse Purvis, the men’s team commander, said just about everyone at Leavenworth High School was outside to greet the Raider students on their return.

The National Army Raider Championships were held at a Boy Scout Camp. The teams each competed in five events, a monkey bridge competition, an event called the gauntlet, a cross-country rescue, a five-kilometer mountain race, and a team physical test.

Purvis believes the men’s team set a record for the five-kilometer race.

The group completed the race is less than 21 minutes.

He said the members of the men’s team are proud of the women’s team for their national championship.

“We’re a great team so we were excited for them,” he said.

Lamb and Jesse Purvis are seniors this year. But Jesse Purvis is optimistic about how members of the local Raider program will perform next year in competitions.

“I think they’re going to be amazing next year,” he said.

The team was the Honorary Field Marshal of the Leavenworth County Veterans Day Parade on Thursday.

The Raider students from Leavenworth High School also had a float in the parade.

Which team has the indoor track to win the division at the halfway point?