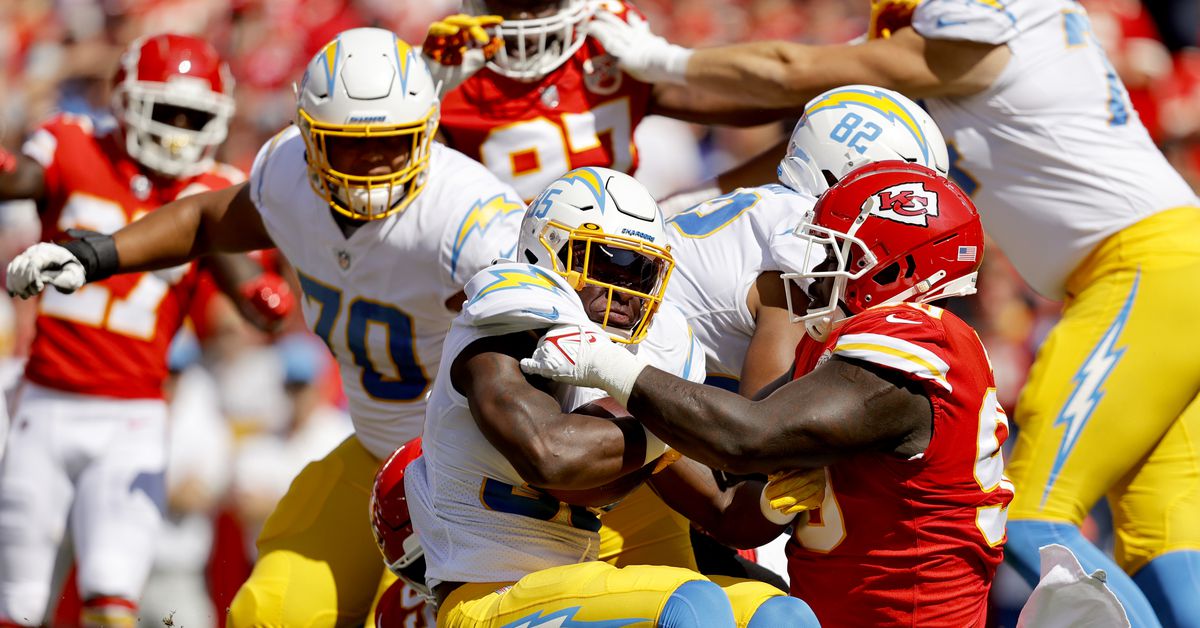 While the Las Vegas Raiders were busy keeping their unbeaten record intact, the rest of AFC West were scrambling to keep pace on Sunday. Week three brought the first cross-divisional game of the season and the standings are a little different than many people might have expected a month ago.

The Chiefs tripped out of the gate as their first three practices of the game resulted in turnovers. One coming via an interception from Mahomes and the other two being fumbles from Hill and Edwards-Helaire, which was a big reason they only managed to score three points in the first half.

Kansas City turned things around, however, scoring 21 points after halftime and taking a three-point lead with 6:43 left. However, Herbert and the Chargers were resilient and put together a 10-game drive to tie the game with about two minutes left, and an eight-game touchdown record to take the lead and ultimately win the game.

Los Angeles had no problem moving the ball through the Kansas City defense, especially in the air. Wide receiver Mike Williams had a career day and Herbert looked good after a few average games to start the year.

The Chiefs have allowed 95 points so far this season, the most in the NFL, and head to Philadelphia to face the Eagles 1-1, who face the Cowboys later tonight.

Meanwhile, the Chargers will host the Raiders next week during Monday Night Football.

This was a big nap party. The Broncos scored on their second possession of the game and it was pretty much over after that. Bridgewater and the passing attack looked sharp as Gordon and the rest of the ground play helped put the nail in the coffin.

Defensively, Denver’s pass rush was too strong for the broken and porous New York offensive line as Zach Wilson was sacked five times and was under pressure for most of his retreats. This led to a few late interceptions by safeties Justin Simmons and Caden Sterns, but as mentioned above, the game was pretty much over after the toss.

With the Jaguars falling to the Cardinals and the Giants short against the Falcons, the Broncos are 3-0 against three 0-3 teams. It’s up to them to take care of business, but Denver faces its first real test of the year next week as they host Baltimore.