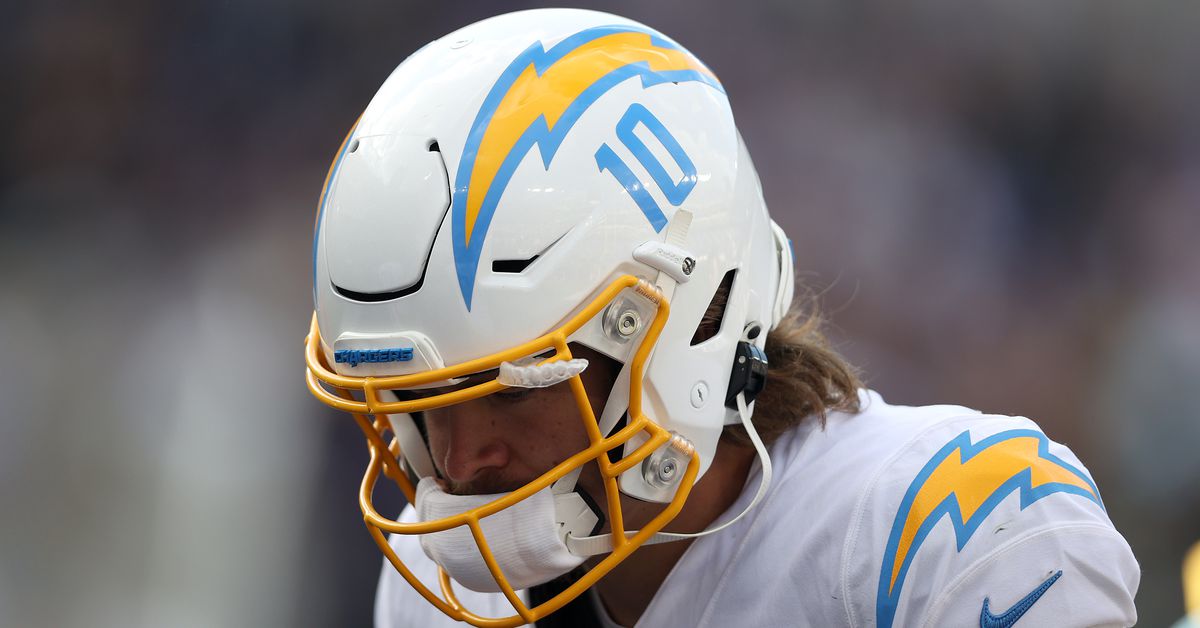 Yesterday was almost a perfect day for the Las Vegas Raiders. Not only did they get a huge, convincing victory over a division rival in the Denver Broncos, the Raiders also got help from the Ravens who easily beat the Los Angeles Chargers. That puts Las Vegas tied for the lead of AFC West, which was a bit of an afterthought over the past two weeks.

However, the Kansas City Chiefs took care of business in Washington, so the weekend could have been better for the Silver and Black, but I don’t think a lot of people in Raider Nation are complaining.

From start to finish, it was a dominant effort for the Ravens. They scored on their first possession of the game and never looked back, while the Baltimore defense kept Los Angeles just 208 total yards.

Herbert couldn’t throw anything in the air and the Chargers only managed 26 rushing yards, which is why they didn’t score until their sixth practice of the game and were shut out the rest of the way.

Los Angeles’ defense was slightly better as Lamar Jackson had only 167 passing yards and was intercepted twice. However, the Ravens ran for 187 yards and nearly five yards per carry as a team and played forward the entire game, so they didn’t really need to throw the ball.

The Chargers have a day off next week and welcome the struggling Patriots to Halloween.

Slow starts have been the theme of the season for the Chiefs and even cost them a few games. After a fall from Hill led to an interception by Mahomes, and a terrible decision by Mahomes to try to save one failed run game led to another, Washington had a 13-10 lead at mid-point. -time. Then Kansas City scored touchdowns on three of its first four second-half practices and the defense stiffened to create a three-possession blowout.

The Chiefs travel to Nashville for a fight with the Titans next week, which will be released a short week after facing the Bills tonight.