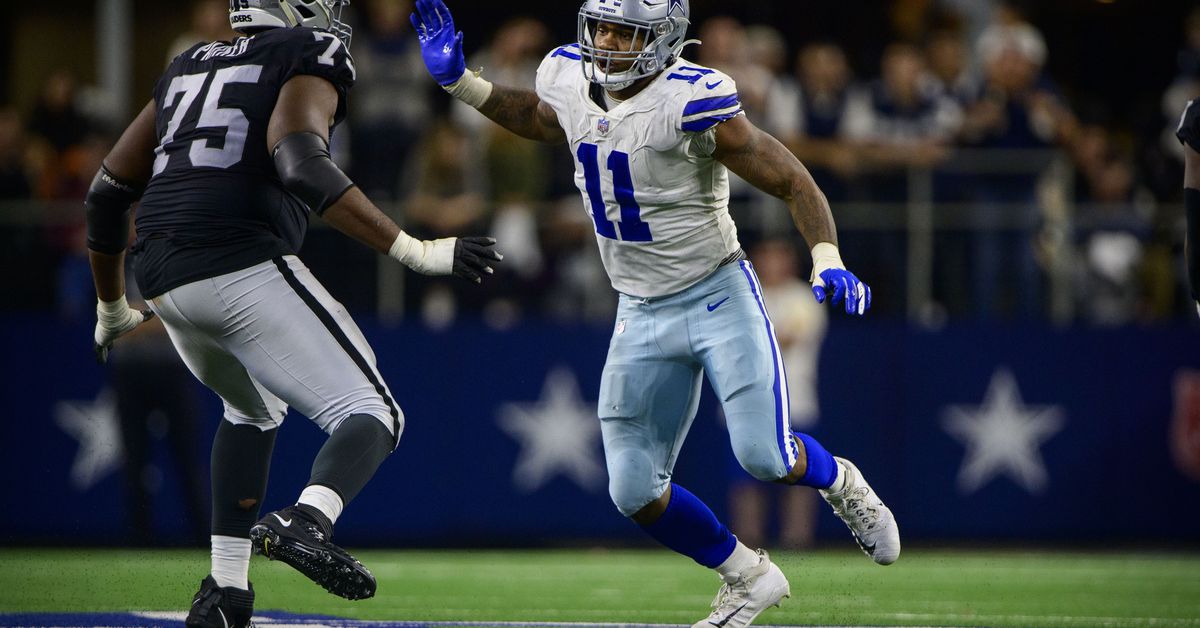 It was a bit of a surprise when the Las Vegas Raiders’ new regime brought back freelance tackle Brandon Parker to a one-year contract this offseason.

Las Vegas’ new leadership hasn’t focused much on the Raiders’ free agent class in 2022 and Parker hadn’t distinguished himself much after the Raiders traded to take him with the first pick of the third round in 2018. NFL Draft.

Still, as we enter week three of the team’s training camp, Parker is in the game to start at the right tackle this season. He’s looked solid in camp and is battling 2021 first-round pick Alex Leatherwood for the starting job. Unless Leatherwood is moved to a guard post (time is running out before the start of the season), this battle could last until early September. There have been indications in training camp that the starting gig is up for grabs for Parker.

“I literally compete with every rep I get,” Parker said recently. “[The coaching staff] told us it was outright competition. We have [Alex] Leatherwood, myself, Jermaine [Eluemunor]jackson [Barton]. We have a lot of good guys who could do it too. When they put me there, they put me there, but right now I’m doing my best.

Parker is aware he fell short of expectations after the Raiders moved aggressively to take him. He has started 32 of 54 career games. He started 13 games last season and had both solid and mediocre moments of play.

“It’s just a gradual progression over the years. As you know, I kind of took a lot of pieces in my rookie year,” he said. “My second year, I didn’t play much. I played when I needed to. Third year, kind of the same thing. Just kind of learning behind the guys who were in front of me. And then when it was my turn, I used what they taught me and tried to be the best I could be for my team.

“On the one hand, far too many penalties. Too many false starts last year. I hurt my team that way. And with the arrival of new staff, we have a turn every false start, which helps to recover. Many farms, too many bags. And a lot of that stuff just wraps up that last little bit, so that’s what I tried to focus on. I just end with a better emphasis.

Despite the shaky past, Parker relishes his opportunity with the new regime and he will work hard to try to be a leader in his fifth year and try to play as much as he earns.

“I try to hold us together when we have these scorching days at camp,” Parker said. “We feel the heat over 100, we all feel it. So I kind of try to keep us all positive. A lot of guys look at me. Someone has to be the uplifting guy, so I try to be that even when I’m not having my best day. Even when I can take an “L” here or there, I always try to cross it behind to show that this play does not affect the next play. I’m just trying to be the leader we need in our room.