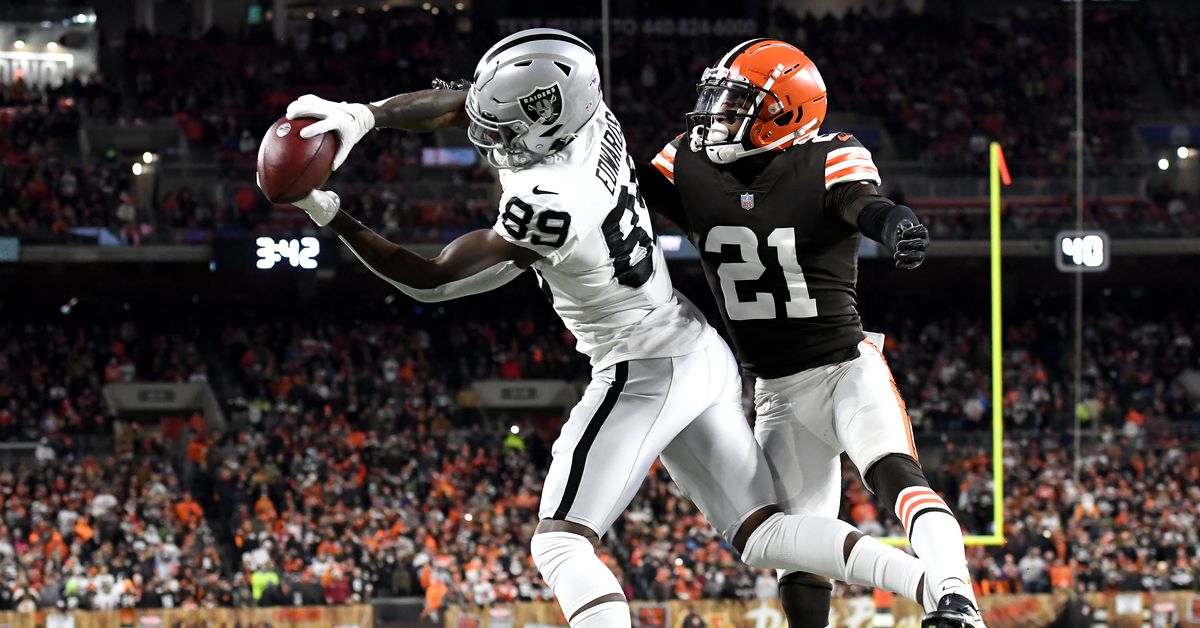 The Las Vegas Raiders are set to play one of their most important games in recent history on Sunday. Sitting tied at four for third and final place in the AFC Wild Card, the Raiders are essentially in an â€œinescapableâ€ situation against the Indianapolis Colts. Unfortunately for Las Vegas, COVID-19 hit them hard just before this crucial game.

On Thursday, the Raiders had 12 players on the reserve / COVID-19 roster, including key players like tight end Darren Waller, cornerback Casey Hayward and linebacker Denzel Perryman.

The majority of those 12 landed on the roster earlier in the week, but that increased yesterday as the team announced that defensive end Carl Nassib and goalkeeper Jordan Simmons have been added to the roster. While both players occupy reserve roles on the squad, Nassib is certainly the bigger loss of the two.

The six-year-old pro is a staple in the team’s defensive line rotation with 21 total tackles this year, and he is tied for fifth on the team with 14 presses. While Simmons only recorded 31 offensive shots on the campaign.

If Nassib doesn’t clear the protocols in time, Clelin Ferrell should have more playing time, especially against the Colts’ heavy offense, while rookie Malcolm Koonce could get some extra reps as well.

Nassib and Simmons could resume operations on Sunday with updated NFL COVID protocols if they are vaccinated, asymptomatic for at least 24 hours, and test negative.

Yesterday, however, brought good news related to COVID for the Raiders. Starting wide receiver Bryan Edwards was taken off the reserve list after missing last week’s game against the Broncos. It is certainly a welcome sight as they are already thin in the position.

Indianapolis is also facing issues with the virus this week. They have six active players on the COVID roster, including starting quarterback Carson Wentz. However, Wentz could return for the match even without testing negative if he is asymptomatic with the league’s new policy, per athleticism Lindsay jones.