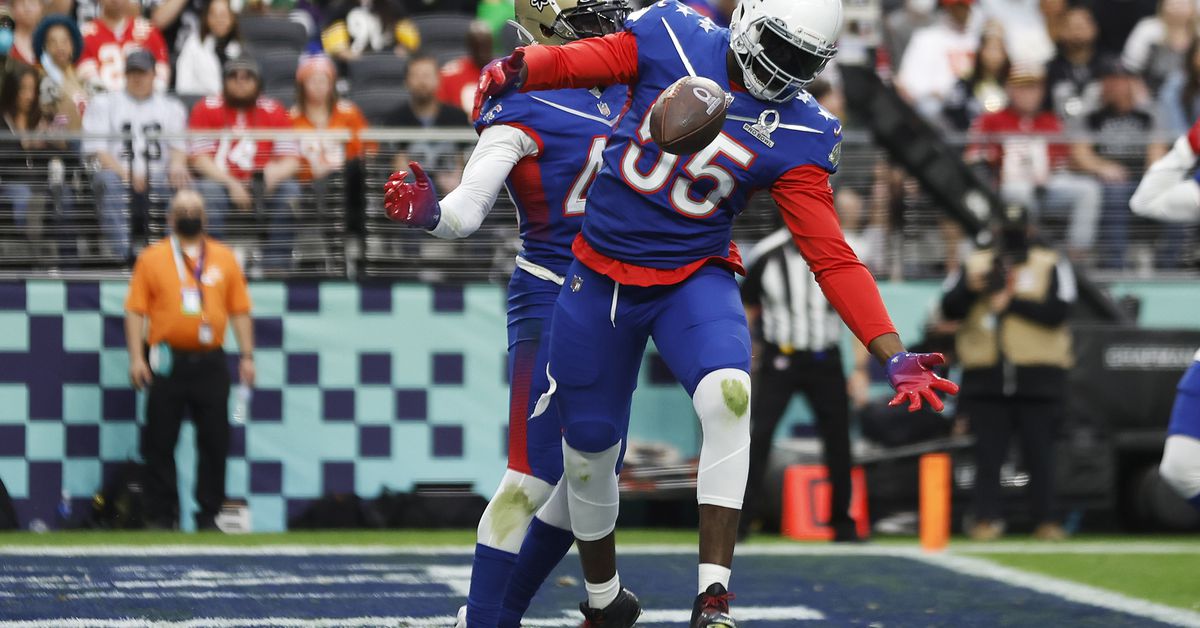 This weekend, Richard Seymour will be inducted into the Pro Football Hall of Fame.

Seymour spent his first eight NFL seasons in New England. He was selected to the All-Pro first team three times and won three superbowl rings with the Patriots.

With Seymour — who was 29 when he was traded to Oakland and is now 42 — being in the spotlight this week, I wanted to watch the comparisons of the Raiders’ latest big acquisition of a defensive star.

Like Seymour, Jones began his career in New England and won a Super Bowl ring there. Chances are Jones, who has 107.5 career sacks, will one day join Seymour in the Pro Football Hall of Fame in Canton, Ohio.

Jones, who has spent the past six seasons with the Arizona Cardinals, joined the Raiders later in his career than Seymour. Jones is 32 years old. But like Seymour, I expect Jones, who signed a three-year, $51 million contract in March, to make a big contribution in Las Vegas.

Seymour did the Pro-Bowl after his second and third seasons in Oakland. Jones is still producing at a high level like Seymour was when he came to the Raiders.

So, like Seymour, the Raiders are adding a former defensive playmaker in the twilight of his career and I expect the Raider Nation to celebrate Jones one day in Canton, as many are planning to do for Seymour this weekend.