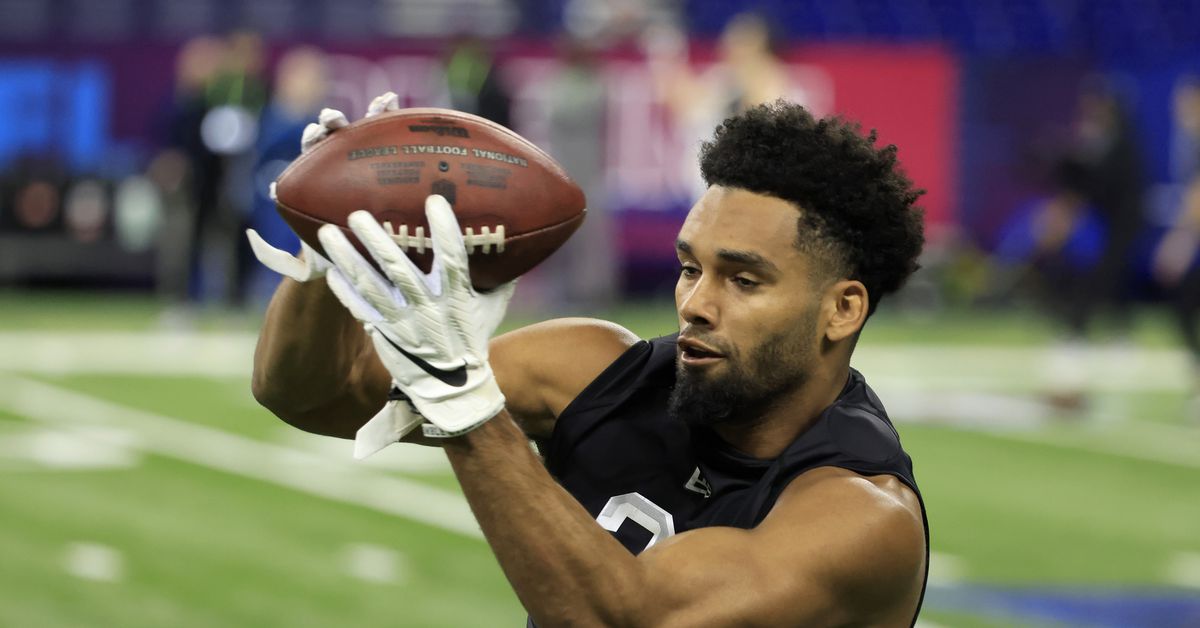 One of the NFL’s worst-kept secrets right now is that the Las Vegas Raiders are looking for speed on the road this offseason.

Between the tragedy of Henry Ruggs III and Al Davis’ affinity for lightning-fast wide receivers, anyone who pays attention to the NFL knows the Raiders are in the market for Cliff’s next branch. Whether the organization finds said player through the draft or free agency — which officially kicks off March 16 — is still up in the air, but several broads have made a strong case for being the 22nd overall pick on April 28 at Combine NFL this week.

ohio state‘s Chris Olave was one of those exceptional receivers as he turned heads Thursday night with an unofficial time of 4.26 seconds for 40 yards.

Admittedly, this time turned out to be very unofficial as Olave officially recorded a time of 4.39 seconds. Although a difference of 0.13 seconds is significant, a time of less than 4.4 is still very fast. Now the question is will he still be available in the Round 1 back end?

This is definitely going to be a hot topic of debate in the coming weeks before the project.

The former Buckeye has already been linked to silver and black in several fake drafts by some highly respected analysts, and in my opinion his 40th time shouldn’t change that too much. Everyone who saw him play in Columbus already knew he could fly, so Thursday night just confirmed what we already knew.

Olave was asked about playing for the Raiders in Indianapolis and, in a quote recently posted by Athleticism Vic Tafur, the broad would have lit and responded with:

Obviously, it’s not up to him to decide where he plays next year, but it’s certainly encouraging to see that he would welcome a move to Sin City.