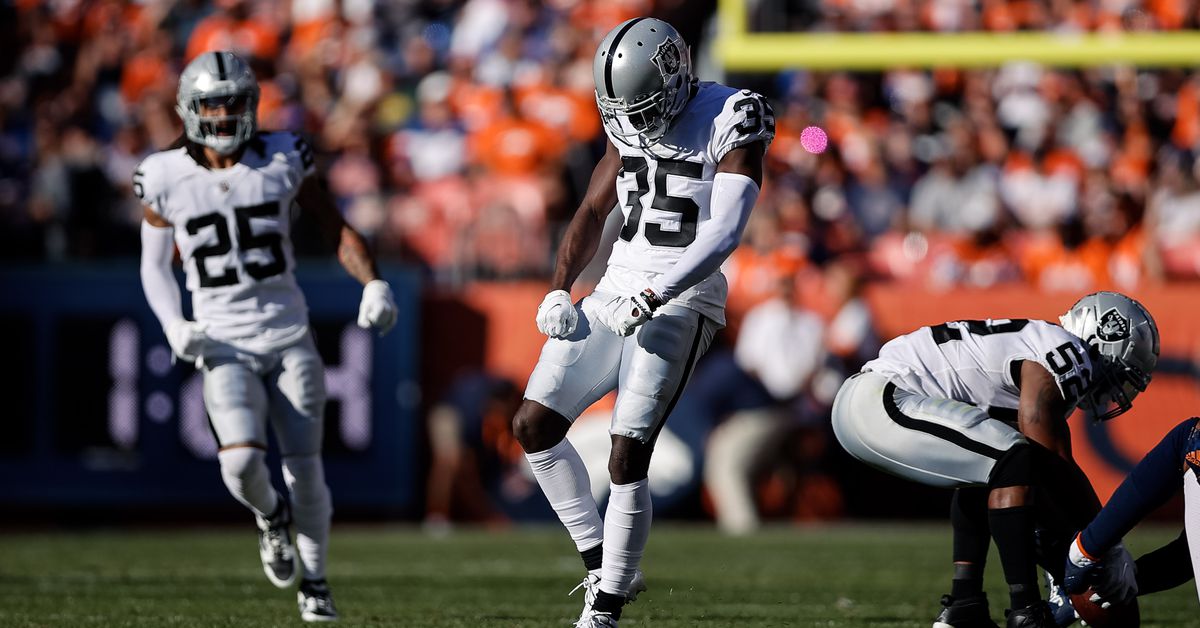 A new player has emerged for the Las Vegas Raiders’ defense in their Week 6 win over the Denver Broncos.

Remember the name, Brandon Facyson. In his first act with the Raiders, Facyson made three tackles and a key interception. He was active and showed he could be in the mix as a rotating cornerback in the weeks to come.

Facyson played 59 snaps vs. Denver, taking on the role of Amik Robertson. The 2020 fourth-round pick only played 13 snaps and wasn’t good when he played, Robertson performed well in Weeks 4 and 5 but struggled against Denver before being pulled in favor by Facyson.

Raiders’ interim coach Rich Bisaccia praised Facyson for making a quick transition from signing with the Raiders this season.

â€œWe had Facyson two weeks ago. His first week, he got dressed, he played in the kicking game and did a good job for us playing there, â€said Bisaccia. â€œThe return from the punt, played on the kickoff and he’s had a good week of practice. He’s got a little more length and introduced himself.

Of course, that hasn’t hurt the development of the Facyson Raiders that he was with defensive coordinator Gus Bradley with the Los Angles Chargers for the past three seasons.

With cornerbacks Trayvon Mullen and Damon Arnette in the injured reserve and both out, at least one more game, maybe Facyson has more opportunities on Sunday against the Philadelphia Eagles.