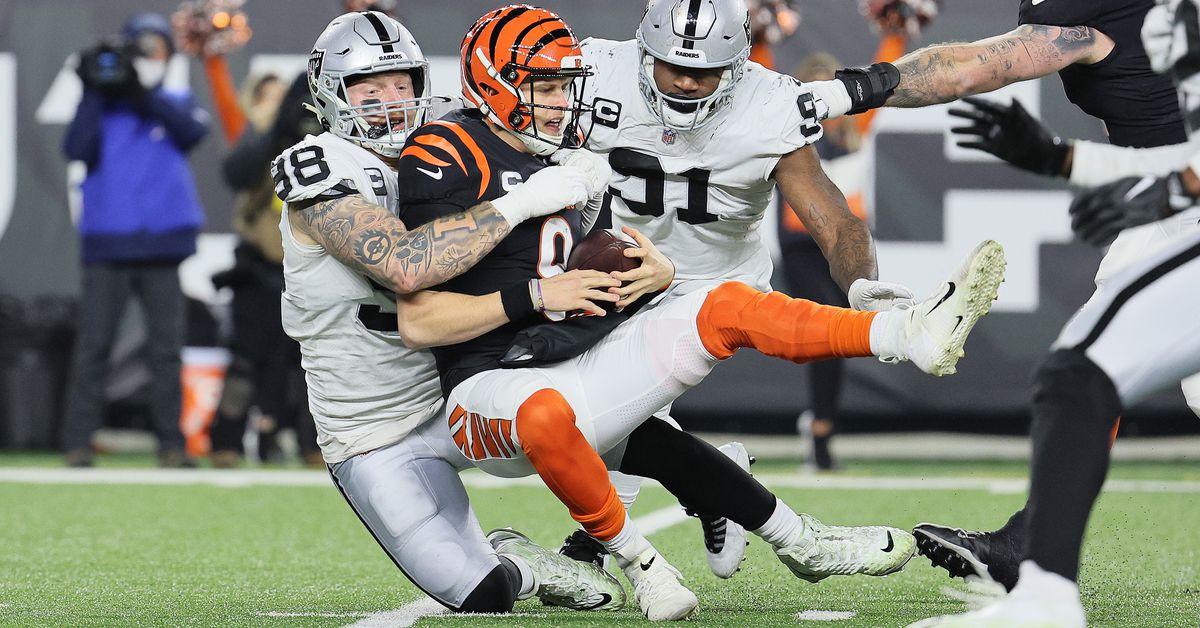 The 2019 Las Vegas Raiders draft began with controversy with the pick of Clelin Ferrell at No. 4. He created memes used today by Raiders fans and seen all over social media.

The first round went the same way with them taking Josh Jacobs over Jeffery Simmons. Jacobs is one of the NFL’s top 10 running backs, but they didn’t use him in the wildcard and Simmons dominated the divisional round.

Jonathan Abram rounds it all out on Deebo Samuel and AJ Brown, who have already put on monster performances in the playoffs.

Day 3 is when the Raiders found the two diamonds in the rough at the end of the fourth and fifth rounds. Hunter Renfrow and Maxx Crosby have become standout players for the Raiders and the national landscape.

Of course, Renfrow is a Raiders Nation favorite and has one of the greatest football games you’ll see.

Renfrow had his first 1,000-yard season with a career-high 1,038 and nine touchdowns. He was second in the NFL among wide receivers in catch rate at 80%, according to sports radar. The former Clemson wide receiver helped in the red zone with nine inside-20 touchdowns.

All of this created a market value of $17 million for Hunter Renfrow, according to spotrac. His base contract would be five years, $87,975,960 if the Raiders decide to re-sign Renfrow.

Crosby has put his name on the map with constant pressure on every quarterback in the league. He became the first defensive end to finish with 100 or more pressures since starting PFF in 2006. The former Eastern Michigan defensive end worked to improve, and it paid off.

According to spotrac, Crosby is estimated to be worth $13.9 million, and that’s because of the sacks. While the pressure gets you recognition, the sacks help you land a second contract. If the Raiders can get five years 69.8 million with Crosby, that looks like a deal.

These two players should be re-signed by the Raiders. The importance of keeping one’s own is healthy for organizations.

Ricardo Santana Jr. back in a familiar place