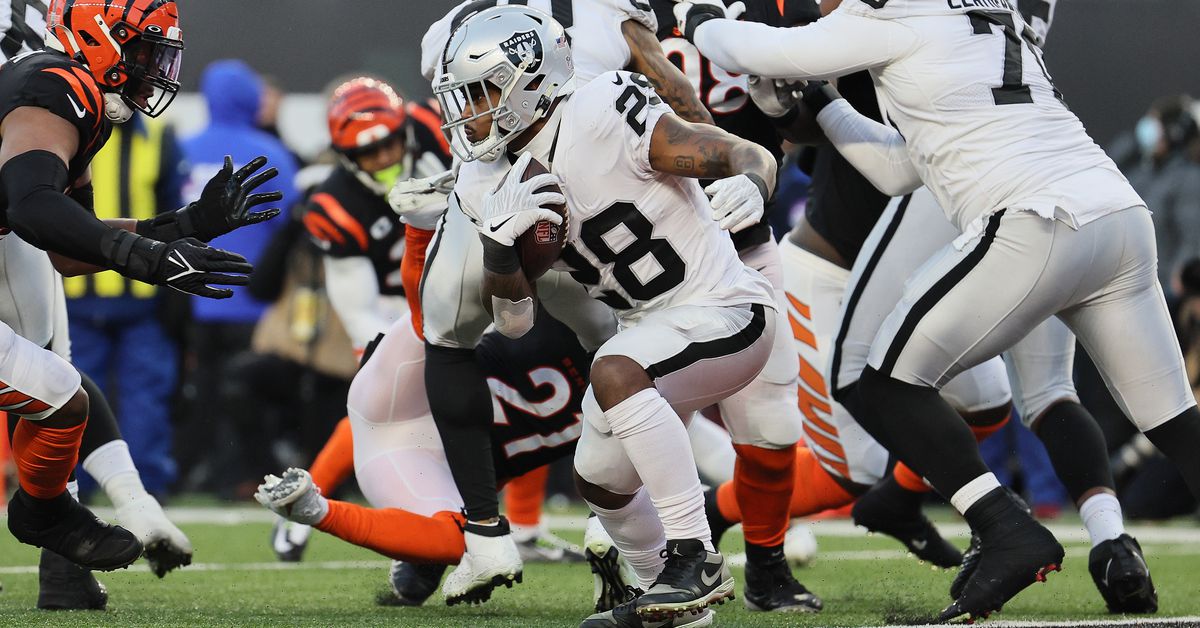 This will likely be Josh Jacobs’ last season with the Las Vegas Raiders.

Earlier this year, the team declined to exercise the fifth-year option on the No. 24 pick in the 2019 draft. Thus, the Alabama running back will be a free agent in 2023. The Raiders, who drafted potential starter Zamir White in the fourth round, will most likely let Jacobs leave next offseason.

Still, he has value and he can help this team in 2022 as well, whether it’s his last year in Las Vegas or not. One of Jacobs best attributes is that he can break tackles. He was among the best tailbacks in the NFL passing the first tackle attempt.

In fact, the below tweet from Pro Football Focus shows that Jacobs was the NFL’s fourth most elusive tailback of 2021:

Expect to see Jacobs be just as elusive in 2022 as he was last year. It’s just a gift. So, yeah, the end is probably near for Jacobs as the Raider, there’s still plenty to be excited about from him in 2022.