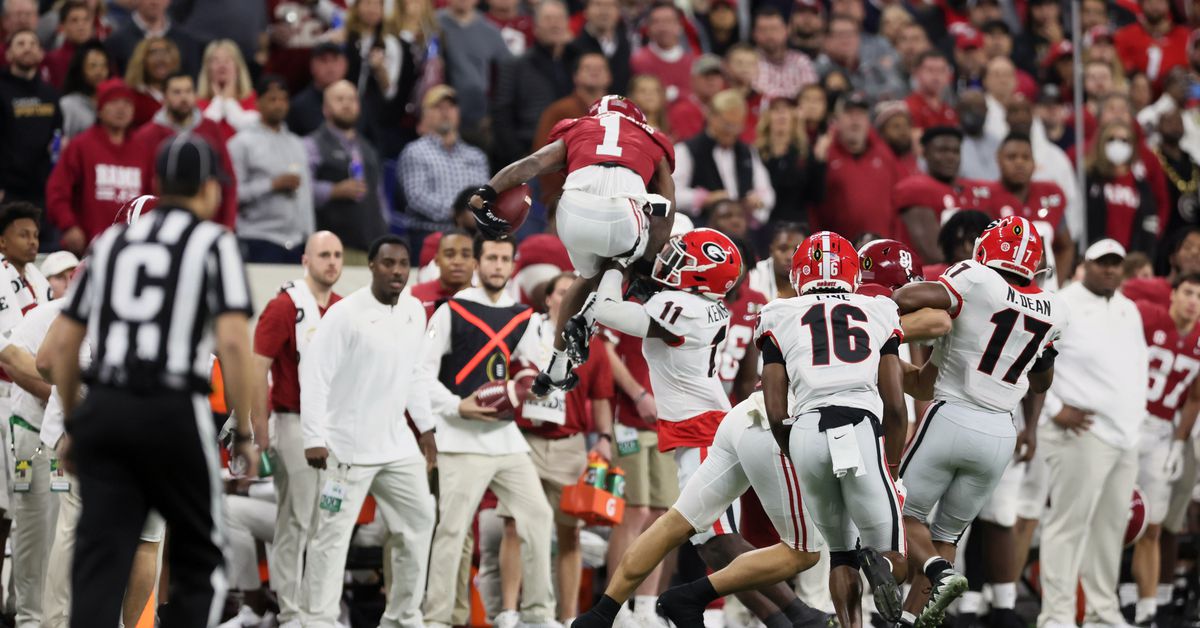 The Las Vegas Raiders’ failures in their search for a wide receiver continue into another season. Trades for the White Tigers and failed draft picks haunt the dreams of Raider fans hoping for the days of Tim Brown.

With the recon combine harvester on the horizon, the fake traction machine is rolling fast. MMQB joined in the fun with their first mock draft of the season, and the Raiders picked a familiar school.

The Raiders select a wide receiver, Jameson Williams, from Alabama at age 22.

Given a depth chart laden with former five-star recruits, ohio state may have become the WRU of college football. But their loss (to Williams) became Alabama’s gain as the former Buckeye enjoyed a breakout season (78/1,561/15) at Tuscaloosa in 2021. While his torn ACL suffered against Georgia could pushing him into the back half of the first round, Williams will become the fifth first-round wide receiver for Bama in three years. His game-changing speed would nicely complement the Raiders’ receiving corps with what they hoped impending free agent DeSean Jackson could provide.

Williams is an explosive prospect finishing fifth in receiving yards in the FBS. His speed is breathtaking on film and can overpower a defense for any team that gets his services.

The draft position for the new regime allows them to keep their options open.

Will Moon Knight return after his TV show ends?