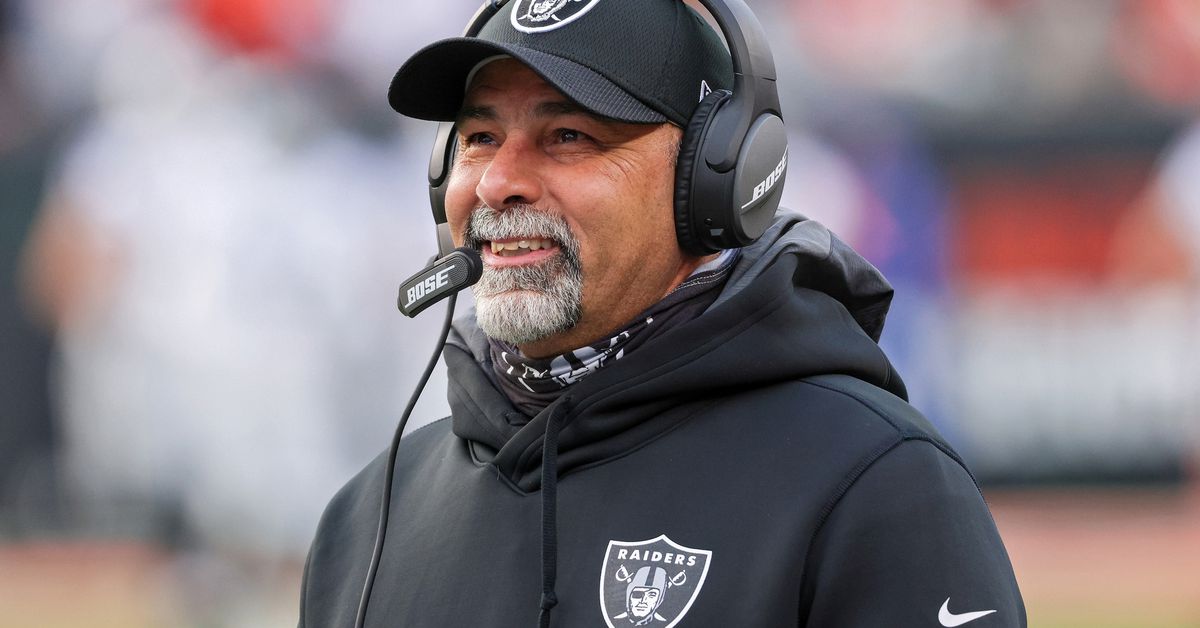 As we all focus on what Josh McDaniels and Dave Ziegler will mean and who they will bring to the Las Vegas Raiders, let’s take one last chance to salute former interim coach Rich Bisaccia.

I thought it was nice of Raiders owner Mark Davis to mention his appreciation of Bisaccia’s work with the team during McDaniels and Ziegler’s introductory press conference on Monday.

“Despite the fact that we didn’t get where we wanted to get this year, and that’s the superbowl this week I’m so proud and they should be so proud of the work that (Bisaccia and his team) have done,” Davis said. “With all the chaos, and I’ll call it the chaos that’s been going on in the team, not just with the things that were happening off the pitch but also on the pitch, COVID and everything, they really went the Raider way. . I’m really, really grateful to Rich Bisaccia and the rest of the coaching staff…I think there’s a great culture in this organization right now, and that’s what they’ll find. They haven’t seen that yet because they haven’t seen all the players together, but that’s something that Rich has been building over the last six months, it’s a fantastic culture in that building.

Of course, Bisaccia went 7-5 and led the Raiders to the playoffs after replacing Jon Gruden after leaving the franchise in October. Davis said Gruden’s departure had shaken the team to the core and the crazy season had been “chaos”.

It’s now apparent that Bisaccia wasn’t a real fit for the job, but it’s good to see Davis giving him his flowers on the way out, just like his players did. They loved Bisaccia.

As Bisaccia (who is interviewing for the head coach position at Jacksonville) moves on, it’s important to recognize his positive impact on this franchise. He will be remembered for a long time in these regions. So as we all move on, let’s pay a final tribute to a guy who did some pretty heavy lifting before he left this franchise.