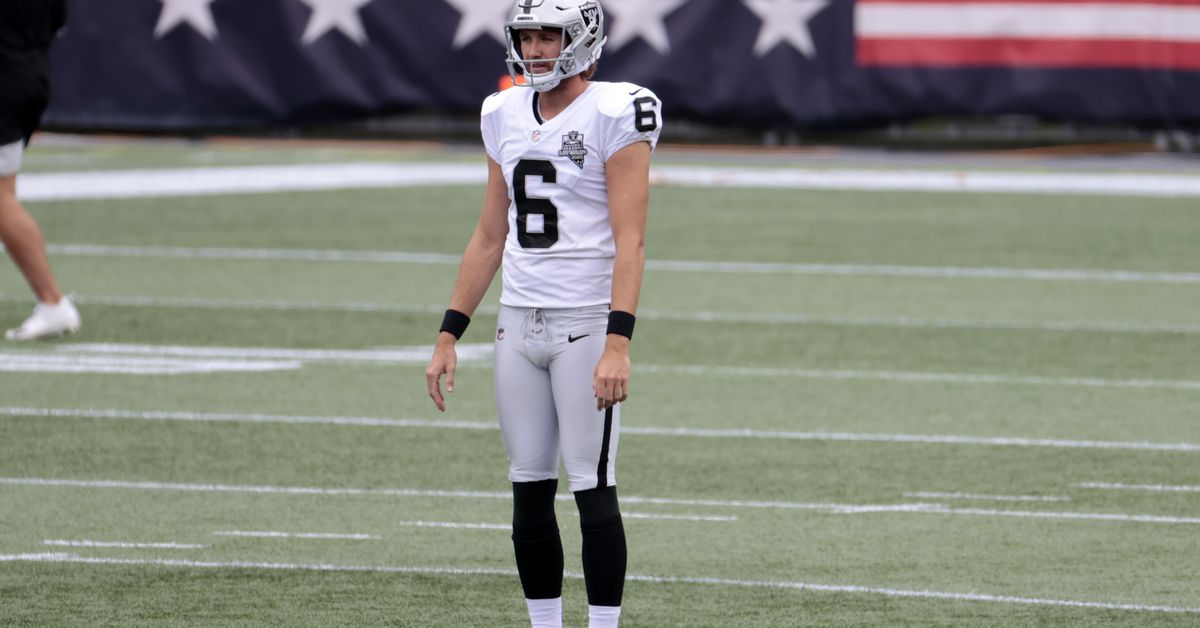 Raiders news: players have strong ties to the military

The Las Vegas Raiders have been rooting to be a part of the Southern Nevada community since they moved there in early 2020.

Several Raiders players have foundations based in the glitzy city which has a quietly underserved population in need of community assistance.

Last month, the team continued their long relationship with the military when several members of the organization visited Nellis Air Force Base in North Las Vegas as part of a special Salute to Service event, in partnership with the ‘USAA. Las Vegas punter AJ Cole, linebacker Cory Littleton; tight end Darren Waller; members of the famous Silver and Black Raiderettes cheerleading squad; and some team officials spent a day off with base officials and enlisted air force members.

Cole had a phone interview with Silver and Black Pride to talk about the visit, which he said was a special experience for him and his teammates.

“It was awesome.” Cole recounted his day at Nellis Air Force Base. â€œIt was so cool to see the jets, all of the service members doing their jobs, driving around the base and then having a meet and autograph session with all the service members was such a cool experience for us. all. ”

The strong-legged Cole has competed in other NFL military events since becoming the Raiders’ punter in 2019. Yet the trip to Nellis was his first experience at an Air Force base – and one at which the 26-year-old jumped at the chance to participate. â€œJust watching what they’re doing is awesome,â€ Cole told us. â€œI would like to go back soon. “

Giving of his time to support the military is very important to Cole as he has family and friends who are currently on duty. This personal connection – as well as spending time with Waller and Littleton at the base – will always be a cherished and inspiring experience for Cole.

â€œBeing there with my teammates and getting to know everyone was special and I won’t forget that,â€ Cole said. â€œIt’s a platform that I want to continue to be involved in over the years of my career, and beyond, and give back to service members. “

Cole felt a connection with the military because, like football players, their work is based on training.

â€œWhat we do is, of course, very different, but the training part is very similar. Most of our jobs and duties involve training with small windows of performance. But we must all be prepared to do our jobs when called upon with precision. There is common ground that we share with the same goals, it was great talking to like-minded people.

Unlike most community events, the servicemen the Raiders encountered in Nellis don’t necessarily need help. Yet they deserve the players’ time as a token of appreciation for what the military does for the United States, and the sacrifices and risks they take on a daily basis.

This is the second time in two years since the team moved to Las Vegas that the franchise has sent a contingent of players and personnel to Nellis Air Force Base through the Raiders Foundation, the charitable program of the team. One of the foundation’s goals is to shed light on community and civic health through military support and youth development. In another recent event to fulfill this mission, the foundation partnered with Cox to organize a visit to the Southern Nevada State Veterans Home in Boulder Court for the â€œCox Salute to Service Tailgateâ€. Raiders alumni Jerry Robinson (secondary), Vance Mueller (runner) and Raiderettes handed out Raiders-themed gift bags to thank veterans for service to the country as part of the NFL’s commitment to our military in November.

The Salute to Service program is a year-round NFL-wide initiative that the league calls “a collective effort to honor, empower and connect with service members, veterans and their families across our country.”

During the Raiders vs Cincinnati Bengals Nov 21 game, the Raiders Foundation marked their tribute to service by welcoming leaders from Nellis Air Force Base and Creech Air Force Base (in Indian Springs, Nevada) to the goal of bringing together the franchise and local military communities. The Allegiant Stadium was beautifully decorated that day with stencils, banners and goal post wraps to salute the military; the game balls featured the Salute to Service logo; and the players wore military-colored equipment and clothing.

To help complement the Raiders Foundation’s support for the military this season, the team sponsored the Town of Henderson Military Appreciation Banners. Three dozen banners have been displayed along main city roads where the team’s facilities and the Raiders’ training camp are located. Each banner honors a local resident who is currently serving in the military. Additionally, on November 11 (Veterans Day), the Raiders Foundation hosted the McGraw family for a reception at Allegiant Stadium in honor and memory of their family member, Mike McGraw, a veteran and a longtime Raiders fan. For his 50th birthday, Mike’s family bought him an inherited brick at Allegiant Stadium, not knowing he would pass away within the year. Mike’s wife, family and friends gathered there on Veterans Day for a private Allegiant tour in his honor and received a special Raiders McGraw jersey.

Here are two other profiles based on the Raiders community that we have already featured this season: