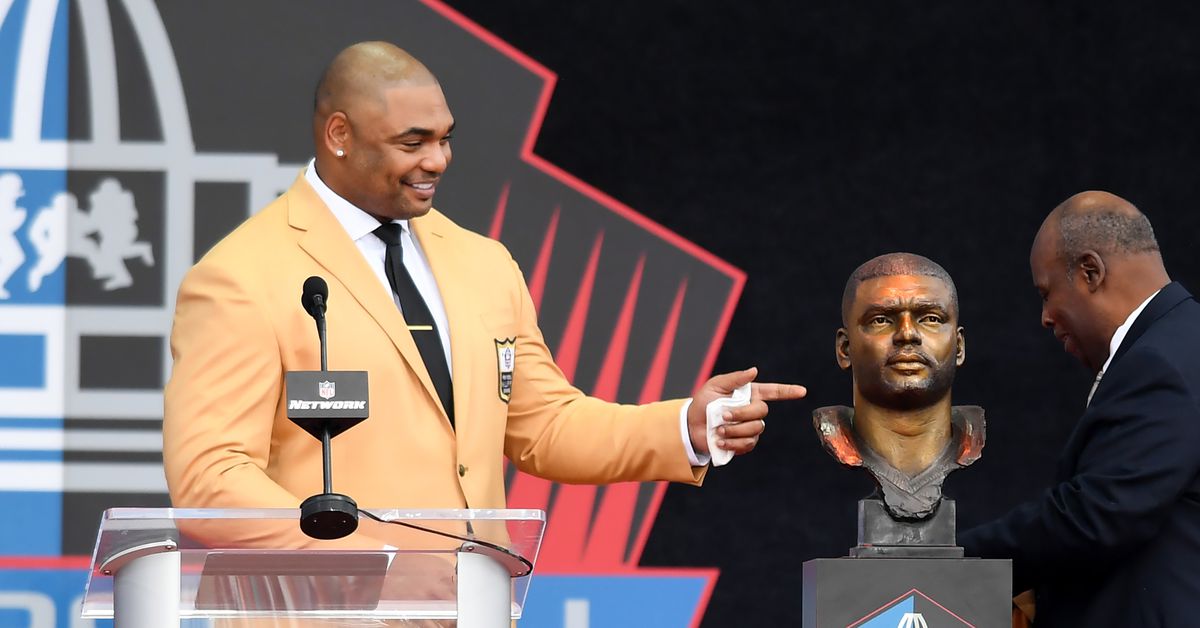 In August, the former Las Vegas Raiders and New England Patriots Defensive end Richard Seymour has been inducted into the Pro Football Hall of Fame. Seymour has accumulated 57.5 sacks and seven Pro Bowl appearances during his 12-year career, 18.5 and including one with the Silver and the Black.

He has always praised his time with the Raiders and ahead of the Colts game this Sunday, Hall of Fame Chairman Jim Porter will be at Allegiant Stadium to present Seymour with his Ring of Excellence.

The ring was created by Kay® Jewelers and is set in 14k gold with a diamond weight of 1.75 carats. It was also made with several intricate details seen below, including a few that are specific to the older Raider and Patriot.

Seymour has already held a ceremony in New England on October 24, but it will be the first time he has appeared publicly in Las Vegas since his induction. So if you’re planning on going to the game, arrive a little early and celebrate one of the NFL’s greatest.