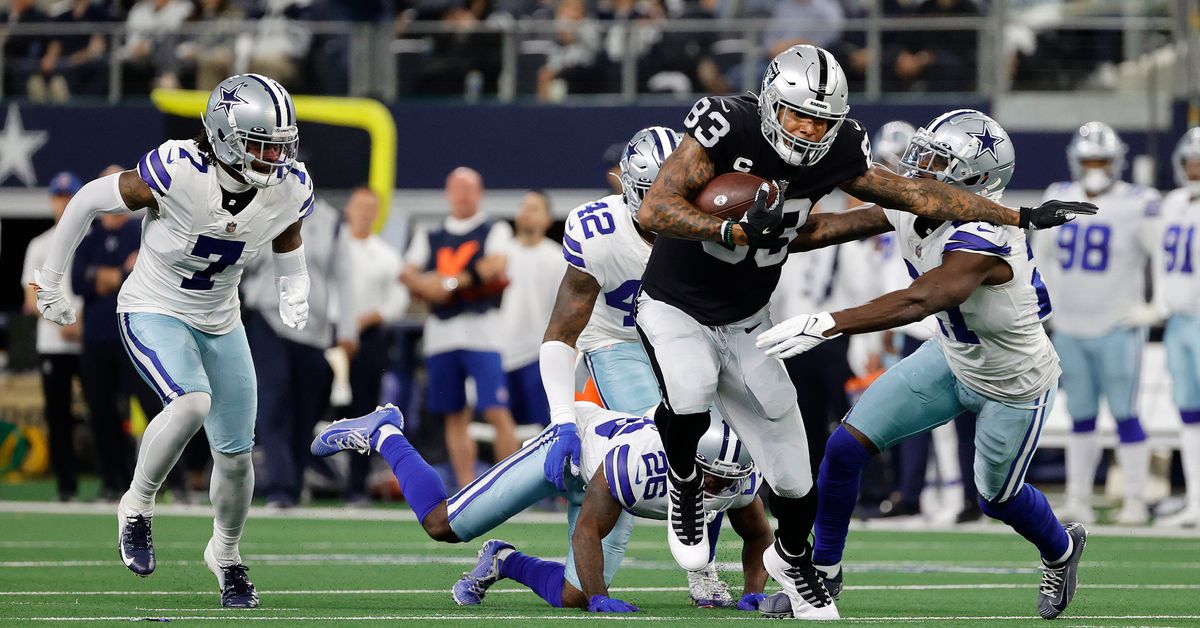 On Monday, interim Las Vegas Raiders coach Rich Bisaccia was “optimistic” that star tight end Darren Waller could practice on Wednesday as the team began to prepare for a must-see victory over the Indianapolis Colts Sunday.

However, Wednesday arrived and Waller became the last Raiders player to be on the NFL reserve / COVID-19 roster. He would be vaccinated, so he can get out of the protocol before Sunday’s game. But it’s not that simple in Waller’s case.

He hasn’t played since Nov. 25 when he injured his knee against the Dallas Cowboys. Bisaccia said on Monday that Waller would likely need a couple of days of practice before he could play to remove the rust and rebuild the chemistry with quarterback Derek Carr. So, Waller is still grappling with the effects of the injury that cost him the last four games and the reality of being on the COVID list.

So for the Colts, the Raiders’ passing game could continue to revolve around slots catcher Hunter Renfrow and the team are hopeful that Waller’s replacement Foster Moreau continues his recent increase in production.

The Raiders then added defensive tackle Kendal Vickers to the COVID roster and currently have 10 players on the roster, but they removed three players on Wednesday, while adding Waller.

Roderic Teamer, Jermaine Eluemunor and Brandon Facyson have returned from the COVID list. Darren Waller is however in the protocol. #Raiders

Bisaccia said he believes the team will remove the other players, who were previously on the COVID roster, in time to play on Sunday.

Bisaccia also said he expects to recover defensive tackle Johnathan Hankins on Sunday. He missed the victory over the Denver Broncos on Sunday with a back problem.

Meanwhile, the New York Jets have signed linebacker Javin White from the Raiders practice squad. An undrafted rookie last year, White has played four games in 2020 and one game this season.

We signed LB Javin White to the active squad and TE Josh Perkins to the practice squad.

UPDATE: The Raiders have added a few linebackers, including old friend Kyle Wilber.

We have appointed TE Derek Carrier to return the reserve / injured list.