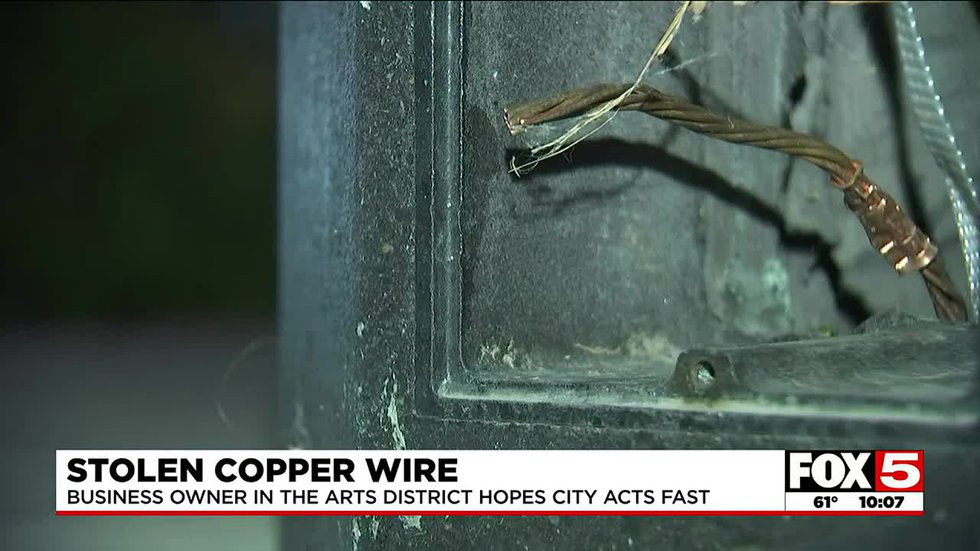 Walter Buchanan runs a private packing and shipping business on the corner of Third Street and Imperial in the Arts District. Over the past five years, Buchanan has seen the amount of work the city has put in to revitalize the neighborhood.

He said that towards the end of 2021 and the beginning of this year, the lights began to turn on and off along Third Street.

“I would see you know that Las Vegas Electric is always coming out working on some poles, and then the next day it would be like more lit up, and more lit up. And then all of a sudden they came out. You know as fast as they would light them up, they would go out,” Buchanan said.

Even the electrical boxes on the side of his business, he noticed them open when he opened his store in the morning.

“I would walk out and see this box open and the lock has been cut for months,” Buchanan said.

Directly across the street, he said the lamp post had been hit three times by thieves cutting the wires.

“At first I thought, okay, they didn’t wire them, they were right behind you know, but what they were doing was coming back to wire them after these guys hit them, you know “, Buchanan said.

FOX5 has contacted the City of Las Vegas about the issue.

The Arts District is not under the jurisdiction of the Nevada Department of Transportation.