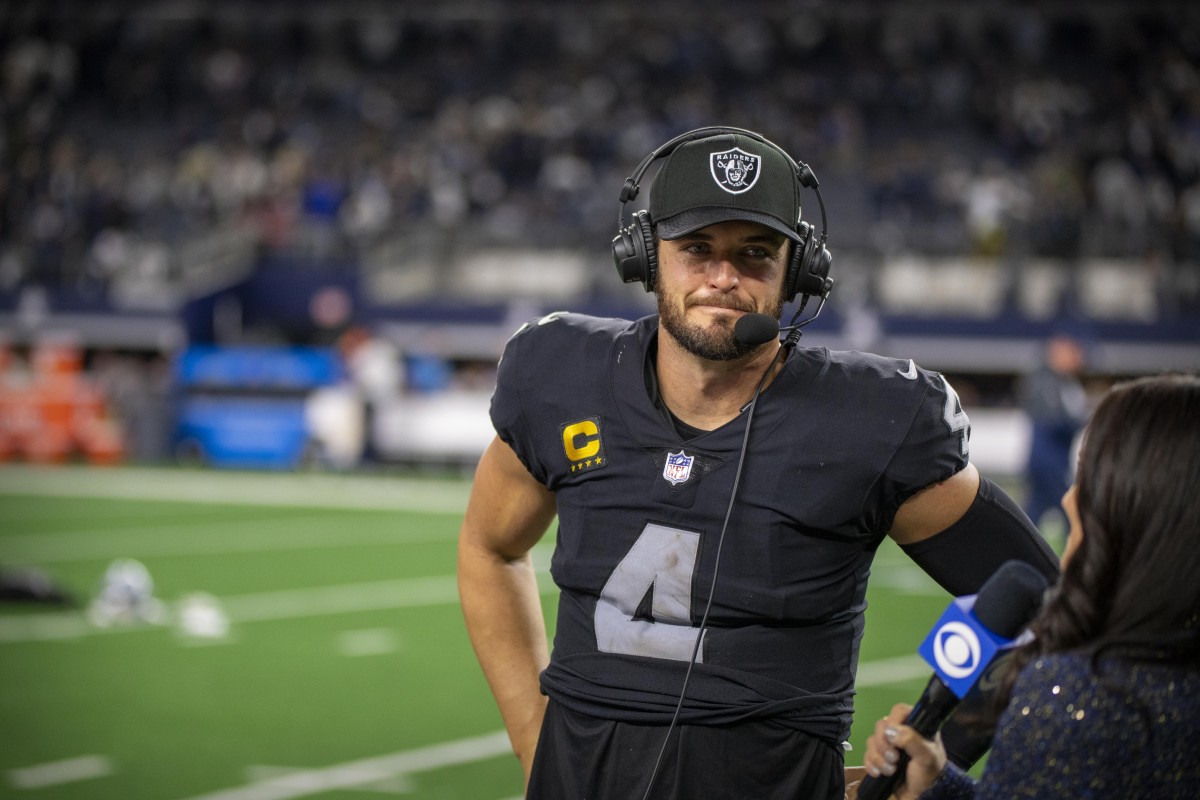 Not only did Las Vegas take the Thanksgiving victory over the Dallas Cowboys, a few Raiders also made impressive appearances on the Fantasy Football tables.

Derek Carr led the Raiders in standard fantasy points with 21.03. He completed 24 of 39 passes for 373 yards and a touchdown.

Behind Carr was running back Josh Jacobs. He totaled 17.2 standard fantasy points in the game, rushing for 87 yards and a touchdown. He also had two receptions for 25 yards. It was his best Fantasy performance so far this season.

Next was DeSean Jackson, a 15-year NFL veteran. Jackson collected 16.2 standard fantasy points in Thursday’s win. He had 102 yards on just three receptions, including a 56-yard touchdown reception.

It was Jackson’s second-best Fantasy Football performance of the season. In Week 3, when he was a member of the Los Angeles Rams, he recorded 18 standard fantasy points after scoring 120 receiving yards and a touchdown.

Surprisingly, Raider tight end Darren Waller had just 3.3 Fantasy points standard this week after injuring his knee in the first half and missing the rest of the game. He is the second highest ranked tight end in Fantasy Football this season. The six-year-old tight end had just two receptions for 33 yards on Thursday.

With a big list of games to come on Sunday, it will be interesting to see where these Raiders’ performances ultimately sit among the rest of the league on Tuesday.

The next Las Vegas game will be against the Washington football team on Sunday, December 5.