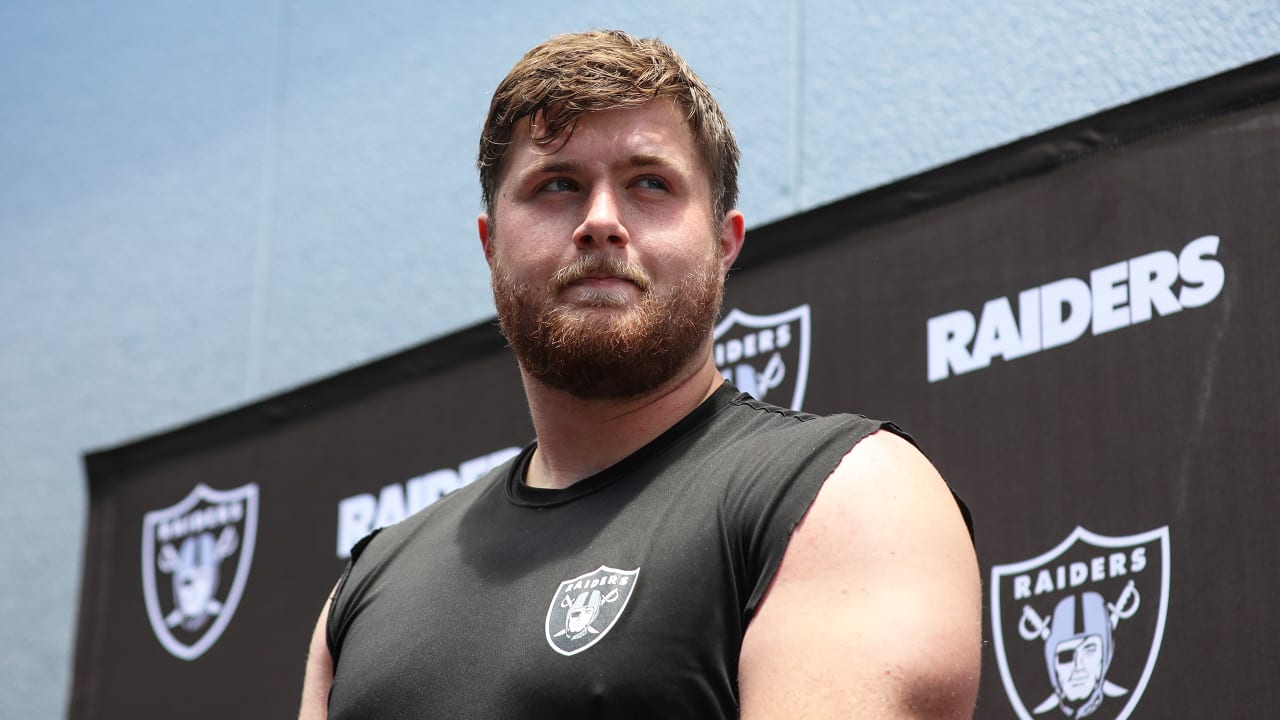 Training camp is well underway for the Las Vegas Raiders in Henderson, NV. One of the most underrated scenarios that continues to garner national attention is the situation with the offensive line. In fact, there were several O-line related titles in Raiders news this week, so that should come as no surprise.

CBS Sports recently took a look at all 32 NFL training camps, naming what they thought were the most notable reflections. For the Raiders, you guessed it, it was the offensive line. Cody Benjamin thinks the Raiders and Green Bay Packers have “glaring holes” that still need to be fixed.

“Both teams have high hopes, with the Packers looking to translate regular season dominance into playoff victory and the Raiders looking to justify their costly offseason. And both can be good; Rodgers, in particular, assures that Green Bay will at least remain competitive. As for the Raiders, the receiver is no longer an issue now that Adams is in town, but thank God, [Derek] Does Carr have time to deliver the ball behind his line? His starting five was already in doubt after a tough 2021, then right guard Denzelle Good abruptly retired this week.

The O line will dominate Raiders news for the foreseeable future

In many ways, Benjamin makes solid points. The Raiders really had one of the most expensive offseasons when you count all the contract extensions. However, any team that is serious about wrestling needs to drop some serious play. As for the O line, general manager Dave Ziegler made comments earlier this offseason that they tried to get help for the position, but it didn’t work out. Instead, they chose to sue chandler jones.

As for Good’s retirement, that certainly throws a wrench into the situation. For now, it’s an open competition, and several players are taking advantage of it. One of these players is Lester Cotton Sr. Speaking to the media this week, Brandon Parker shared insight into how Cotton is doing so far at camp.

“From the first day, he intervened, [and] he always had this desire, this dog around him. He kind of had to get in shape a bit. He was much taller when he arrived, but he dedicated himself again.

The whole situation is fluid. Training with the pads has just started. Nobody really knows what the starting unit will look like. Still, as Benjamin mentioned, will Carr have enough time to get the ball rolling? Which combination will give him the most time? That’s the million dollar question.