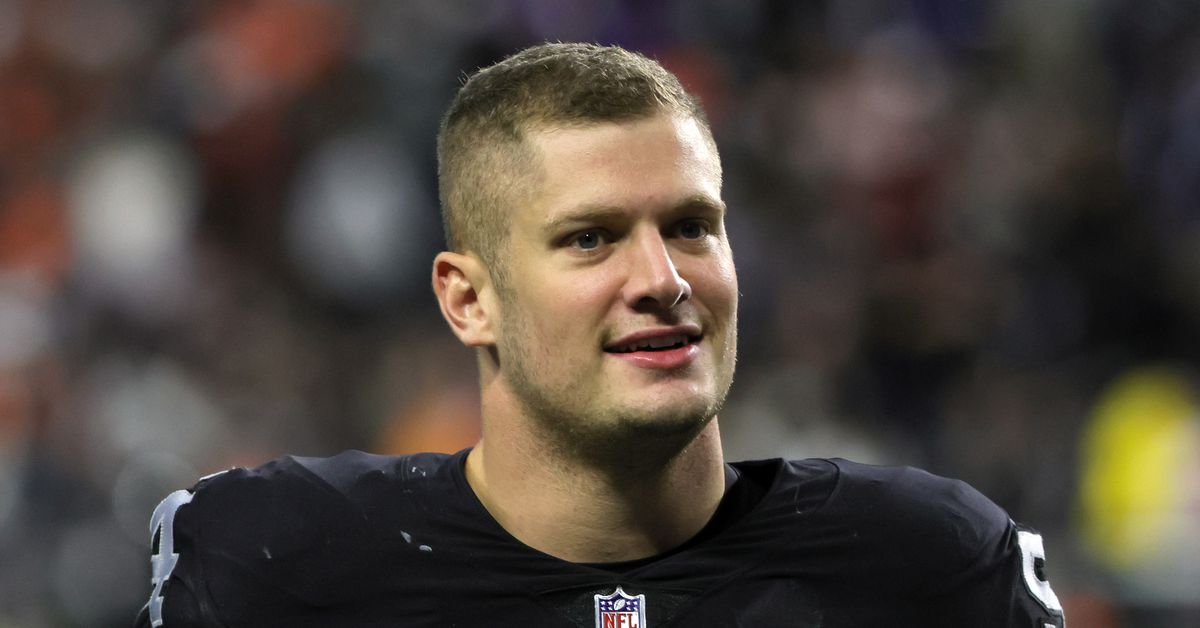 Nassib made this historic announcement via a Instagram Video where he also donated $100,000 to The Trevor Project, a nonprofit dedicated to suicide prevention and mental health awareness for LGBTQ youth. According to 2022 National LGBTQ Youth Mental Health Survey, 45% of LGBTQ youth have seriously considered attempting suicide in the past year.

Just over a year after coming out publicly as gay, Nassib is continuing his generosity to The Trevor Project by launching a fundraiser for the organization where he will match every donation dollar for dollar up to an additional $100,000. This means that every dollar you donate instantly doubles in value and at least $200,000 will go towards LGBTQ mental health awareness.

Donations can be made on The Trevor Project website, thetrevorproject.org.

“We are so grateful to Carl for his public commitment to supporting LGBTQ youth mental health,” said Amit Paley, CEO and Executive Director of The Trevor Project.

“Carl has inspired others to live their own truth, to donate to the Trevor Project’s rescue mission, and to accept and support LGBTQ people in their lives. Our research found that more than 80% of young people said LGBTQ celebrities have a positive impact on how they feel about being LGBTQ. We need more champions like Carl who empower LGBTQ youth and help them see a bright future for themselves.

As we say, “Once a Raider, Always a Raider” so, Raider Nation, let’s live up to that saying by helping one of our own raise money for a great cause.

“Wishing everyone a happy Pride month. I also want to remind people why Pride is important to me: over there right now there’s a kid saying I’d rather be dead than gay. And that’s why I’m once again partnering with The Trevor Project and matching all donations up to $100,000 I really hope you’ll join me in supporting this awesome organization and supporting these young children. -Carl Nassib