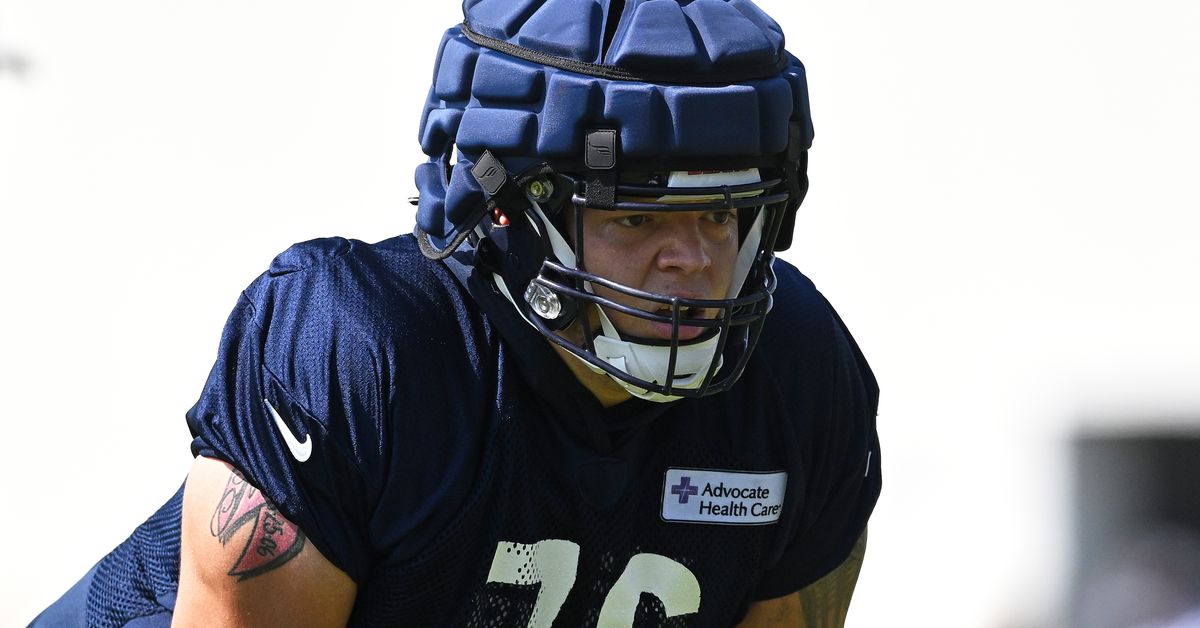 As the Las Vegas Raiders continue to try to figure out their offensive line, an interesting name has apparently become available.

NFL Media reported Monday afternoon that the Chicago Bears are having trade talks about second-year offensive lineman Teven Jenkins. The former second-round pick of Oklahoma State struggled as a rookie and he apparently wouldn’t click with Chicago’s new coaching staff.

The #Bear received calls and had trade talks centered on OT Teven Jenkins, sources tell me and @MikeGarafolo. The former 2nd round pick has sparked interest due to his potential. A situation to watch.

While the Raiders could potentially be in the market before the start of the season for new offensive line help, another interesting factor is that the new Las Vegas coaching brass knows Jenkins. According to SB Nation’s Pats Pulpitthe New England Patriots both had a virtual visit with Jenkins and attended his pro day ahead of last year’s draft. It is adapted to the Raiders system.

It’s not a sure sign that the Raiders are or will be on Jenkins. But there is a fit and a potential need here.

Jenkins was one of my favorites from last year’s class. A mean, nasty dude who could fit in well if McDaniels wants to run a lot of gaps https://t.co/IZVvWoQBpX

However, this may be a buyer-in-the-know situation with Jenkins. Despite his talent, Jenkins has struggled to adapt to the NFL thus far and he would have maturity problems. So he might not be the answer, but if the Raiders brass thinks he can make it work with Jenkins, it might be something to watch.