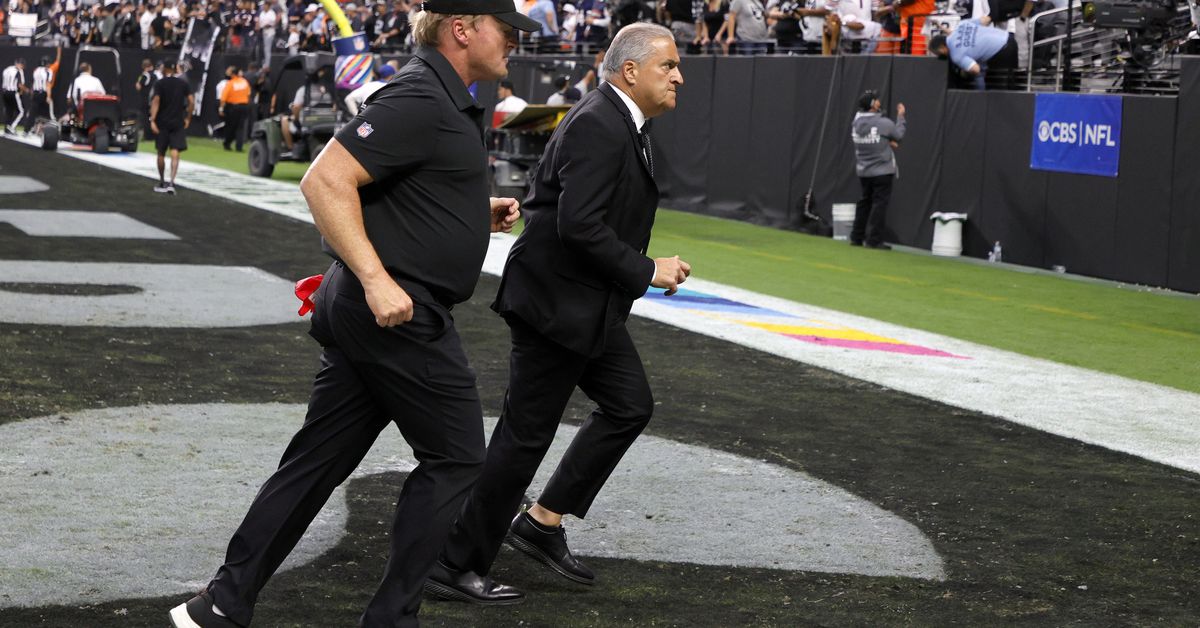 The former Las Vegas Raiders coach had a hearing at the Las Vegas Regional Justice Center on Wednesday morning to try to have his lawsuit against NFL commissioner Roger Goodell run like a trial. The league was fighting to make it an arbitration case.

The court quickly ruled in favor of Gruden as a Las Vegas judge denied the motion to dismiss the lawsuit, according to the Las Vegas Review-Journal. Gruden was present in the courtroom but Goodell was not.

The court then decided to hear the NFL’s case to dismiss the lawsuit altogether. Gruden, 58, also won that motion.

Judge Nancy Allf has now also denied the NFL’s motion to dismiss the claim. The case will continue in this court, but the prospect of discovery in this case must be of major concern to the league. Settlement talks expected to begin soon https://t.co/BLOMmtk7tE

One of the main reasons the court ruled in favor of Gruden’s trial request may have been because he reached an agreement with the Raiders after his sudden resignation last October following emails. offensive emails he had sent several years earlier. . So because he settled his contract with the Raiders, it was no longer an NFL contractual issue and it was a legal issue instead of a league issue.

This case heading to trial means there could be a potential discovery that the NFL doesn’t want out. So if this were to be judged, things could get quite uncomfortable for the league. That’s why the league is expected to try to reach a deal with Gruden, who was in his fourth season of a 10-year, $100 million contract with the Raiders at the time of his departure. He went 22-31 in over three seasons upon his return to the franchise.

Gruden, who has kept a very low profile since leaving the team five months ago, didn’t have much to say to reporters after the hearing. He gave words of his support to his former team. His son, Deuce, was retained by the new regime as part of the team’s strength and conditioning coaching staff.

“I’m just going to let the process take care of itself. Go Raiders.” Jon Gruden after his victory in court today

Update: The NFL is appealing the decision.