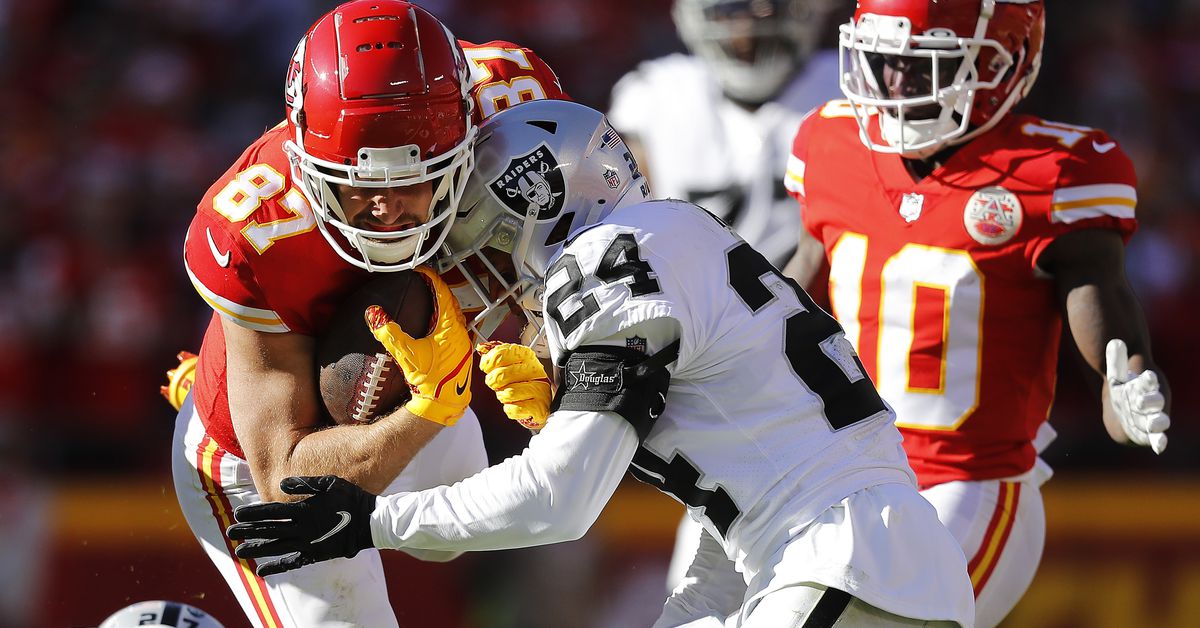 The Las Vegas Raiders’ new regime made a statement on the former brass’ high draft picks and their own new secondary by trading cornerback Trayvon Mullen to the Arizona Cardinals.

Roster update: The Cardinals are trading a conditional 2023 seventh-round pick that could become a sixth-round pick for the Raiders in exchange for CB Trayvon Mullen.

Mullen was a second-round pick in 2019. Apparently, if he’s active 10 games in Arizona this season, the Raiders will receive a sixth-round pick. Mullen is a free agent after the season. The Clemson product has started 31 of the Raiders’ 37 career games. Injuries shortened his 2021 season and he dropped off the PUP list a few weeks ago after undergoing foot surgery.

So the new coaching staff clearly felt better with the players training all summer.

The Raiders’ best cornerback this season will likely be Rock Ya-Sin, Anthony Averett and sophomore standout Nate Hobbs. Ya-Sin was acquired in a trade and Averett was a free agent signing. Amik Robertson and Sam Webb could also be safe. Earlier Tuesday, the Raiders parted ways with free agent addition cornerback Darius Phillips.

Mullen’s trade came minutes after news broke that the Raiders are waiving 2021 first-round pick Alex Leatherwood. Nine of the top 17 three-round picks of the four-year-old Jon Gruden era are now gone. The Raiders have $825,000 in dead salary cap on Mullen’s deal. If unclaimed, Leatherwood will present nearly $8 million in dead cap this year.

Mullen and the Cardinals visit Las Vegas in Week 2.

Darren Waller on the verge of becoming the highest paid TE?