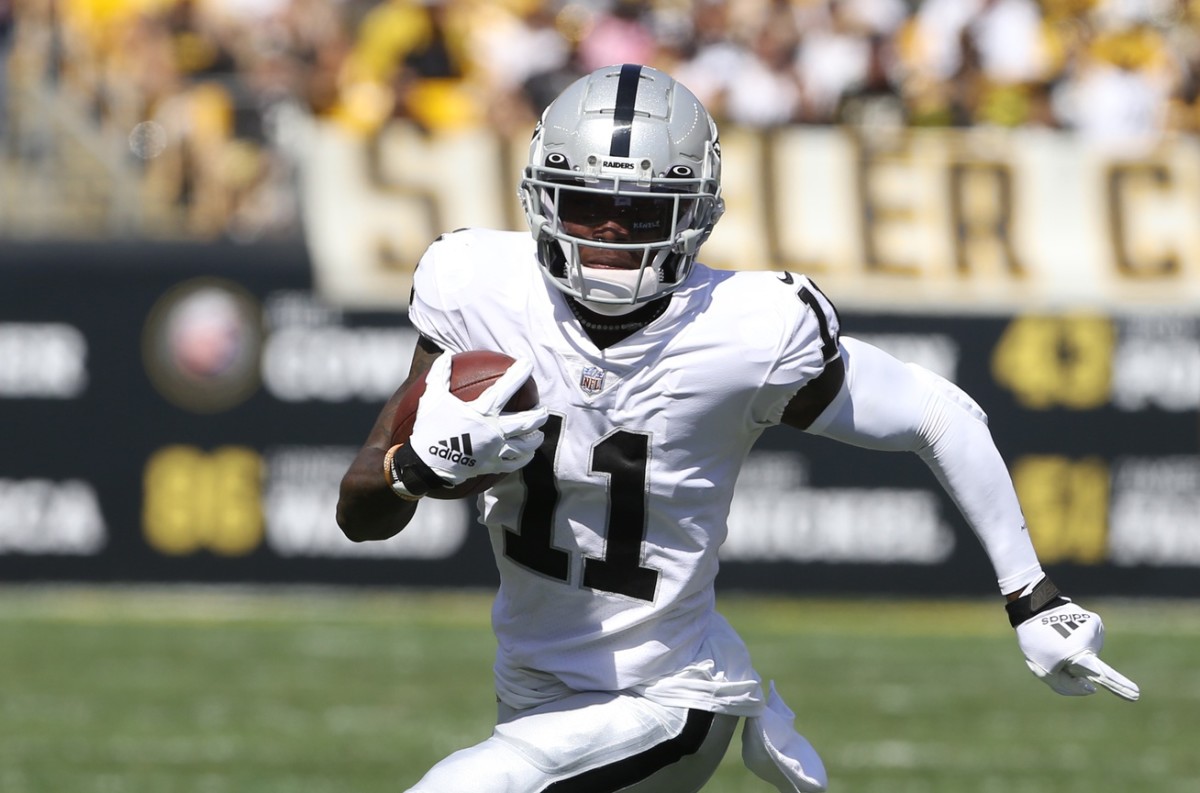 Ruggs and his girlfriend, Kiara Kilgo-Washington, were first taken to university medical center with “serious” injuries, after firefighters discovered the woman who died in the crash.

Police later said the injuries were not life threatening and Ruggs was released from hospital.

After being released, he was jailed ahead of a court appearance scheduled for Wednesday.

Police say Ruggs “showed signs of impairment” after crashing his Chevrolet Corvette into the victims Toyota Rav4, which then caught fire, killing the woman.

The possible sentence for a DUI causing death is two to 20 years in state prison, while for reckless driving it is one to six years, with probation available.

Ruggs’ attorneys David Chesnoff and Richard Schonfeld said they would investigate the crash on behalf of their client and “ask everyone to reserve their judgment until all the facts are gathered.”

The Raiders’ first-round pick in 2020, Ruggs had 24 catches for 469 yards and two touchdowns this season to help the Raiders to a 5-2 record.

He was tied for second in the NFL in yards-per-catch average at 19.5 and led the Raiders in receiving yards this season.

Do you want to talk about it? Want to give your opinion on everything Las Vegas Raiders? Maybe you like to talk about other sports that are not related to Money and Black? We support you. Join our 100% FREE forum, a brand new option, when you CLICK HERE.

Want the latest Las Vegas Raiders news delivered straight to your email for FREE? Sign up for the DAILY Raiders Nation newsletter when you CLICK THE FOLLOW button on the main page. Don’t miss any of the latest up-to-the-second updates for your Las Vegas Raiders when you follow Twitter @HondoCarpenter @BaydounDarin

Hugo Dittfach passes – Past The Wire